Gaming Discussion - I give up. VGChartz doesn't give a fuck about us. I'm leaving. - View Post 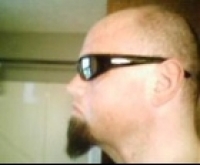 We've been asking, begging, and demanding the sales. Now that we're months behind, and they don't fill us in on shit except for one message saying things will get back to normal soon-lie. I've had enough. I am leaving this has been site and going somewhere else where I can speak my mind without worrying that some sissy mods will ban me. It they concentrated half as much on sales as moderating, this would be the best game site ever. In fact, this was once the best site.

If I can't get the sales, I might as well wait for NPD and go to a better site. There are better sites with forums and news where they don't ban you over stupid little things that you can say on other sites.

I suggest that the rest of you quit putting up with this abusive and lying site as well. The gamemaster is too much of a man for these mods to handle. Oh hey, Carl, you are the biggest pussy of all. Better hope you never run in to me you little girly man.  Mod this weak girly man

BTW, I will spread the news on other sites to avoid this site

The gamemaster has spoken

And after this grandstanding he came back under a new username - http://gamrconnect.vgchartz.com/profile/125143/retrogamer7/