Well as I may Seem to some that I am Heavily Biased ,It may seem that way an if so I am sorry but It's not my Intent to be seen that way, I like all this generation game system's, Now Some I like more than other's due mainly of some Quirk's that may not be my cup of tea, but for other's it may be a better fit.

I am not perfect god know's, but I strive to be level headed when I post something mainly due to Experience that I have with something's.

with that being over time. , an Experience with a subject, technology industry etc. "god I will be 40 years old in jan

"we are all gamer's here" or at least I would hope you have some Fanfare to be somewhat of a gamer.

That Each person would or could respect Each other on the Board. and maybe be a little more Civil toward each other.

after all It's about the Game's. yes the site is about Sale's Data and that is Fun also, but its not just about sale's data on something, It's about sales Data on game system's, an lets face it you must be some kind of gamer if your on a site about video game sale's data

1. no the Cell Processor is still being used, and will still be used going forward most likely in the PS4.

2. THAT VERY SAME THING COULD BE SAID ABOUT ANY PLATFORM, that's like saying well we could make this game but it will take us 3 year's , but in that time much upto date hardware would be released, does that stop PC software developer's..no, and that's not going to stop any developer's for game console's. the only thing that stop's that is the publisher's. sometime's you have development house's within publisher's.

3. so what if the xbox360 outsell's the PS3, it's not like FORD does not get outsold by GM or vice versa, future High end PC set-up's are subjective on what you want that PC to do. THERE IS A BIG PROBLEM TRYING TO EQUATE THE PC HOME MARKET WITH THE GAME CONSOLE MARKET if anything more convergence in the consumer electronic market is making sure of that.

4. cross platform, you do know that many developer's did not get their PS3 development kit's until much later than the developer wanted. an second It take's time learning a New hybrid core processor with limited API's at the time for many of the development team's had to start from scratch with a much higher learning curve, with limited Time in which to do so. with their current Game engine's needed to be redone or tweaked with tool chain's that could implement those new API's into their development Tool's. not counting the Time and resources in doing so.

and that's also why many 3rd party development team's decided to go multi-platform this generation anyway the cost in game development was way too high anyway no matter what platform you are developing for aside from system's that have been on the market longer the cost for game's is still much higher than many companies would or rather like.

5. your right the PS3 was designed for multi-core software development design along programming parallel algorithms.

WHICH GAME'S LIKE UNCHARTED, UNCHARTED 2, LITTLE BIG PLANET HAVE shown to work wonder's on the PS3. so yes your Right, single core

software design was not the main object in game development for the PS3.

everything else you have stated is pretty subjective on a person by person basis.

as for Cell not being made to handle certain engine's, well no duh, you can build any game engine that could swamp any processor.

Some more details from Eurogamer:

"The PS3 rendition of Pandemic's The Saboteur is different though. It's special. It's trying something new that's never been seen before on console, or indeed PC, and its results are terrific. In a best-case scenario you get edge-smoothing that is beyond the effect of 16x multi-sampling anti-aliasing, effectively delivering an effect better than the capabilities of high-end GPUs without crippling performance." 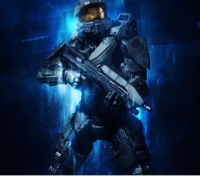 You're taking one specific case and trying to apply it to all games.  We don't really know how computationally expensive the technique is and if it would be feasible to use with many games, especially those that already have performance issues.

wow people get way too into this. Its kinda funny to read how upset with each other you all are.

Who says the Cell has no future?