I can agree to that. Not sure how it relates to this thread, though.

I accept your commets. But let me explain. I'm not from the US, I'm from Spain, and for me, a mature game means a game that can be played for adults or gamers that usually play with videogame because of the Challenge of the game itself. I mean, for the dificulty to finish the game. I'm refering to this kind of games. My mistake is to consider all the games I've listed "M". Sorry about this.

i dont have a problem with Dead space Wii itself, it deserves more sales definitely. However i'm having trouble with companies not delivering substance for the Wii, if u wanna make dead space on wii, dont let it be on rails! I think some wii gamers just got tired of it, easy as that

Well limited advertising, lot of people were angry it wasn't RE style (mad about it being on-rails), favorable but not specatcular reviews for great word of mouth, and just general disillusion with the wii userbase and the title. Did worse than even I thought it would but I never expected it to do well either.

I'm most curious that why everytime a Wii game does poorly it deserves discussion... every platform has it's successes and flops.  Either discuss them all or don't discuss any of them less you want to have a contradiction.

I just wanna see a wii game that's really huge, appealing both core and mainstream. Guitar Hero proved it could be done, MH3 in Japan is gonna hit a million, i mean why not more? Why do Wii games get gimped. Look at Tiger woods sales, people saw it was the better version and bought it! Even original games aren't games appealing to everyone(on rails shooters, generic FPS, niche games). Really when was there a big 3rd part game developing for the wii?

Fortunately Japan is turning that tide, there are great games coming out on the Wii, and hopefully some of that can translate to the West. But seriously it was coming for Dead Space, it was. It's a good game for what it is, but please Devs, just put more effort for bigger games, games that define the wii and not just a part of it

Just a thought, how was the availability at launch? Did Walmart , Best Buy and Toys R Us have this game readily available AND advertised? Could have a large impact on customer purchases.

I can honestly say I don’t care how much "mature" content is in a game to purchase it. What matters is how much fun I am going to have with the game. All of these companies only talk about mature titles not selling on Wii, well make one that we will have fun with.

And they came crawling back to the Wii. On rails or not, this is a HARDCORE title, don't try to downplay it because it's on rails. This didn't sell well because track record shows...Wii owners don't buy hardcore titles. What's so difficult to comprehend here? 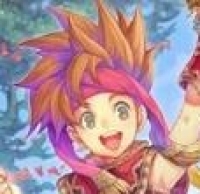 Delicious irony. I remember hen this game was announcd the HD cowd screamed that the Wii would ruin Dead Space. When it was announced to be a rail shooter, their indignation changed to laughter as the made fun of the Wii getting another toss away spinoff.

Now that the game is here, this mockery has turned into Sony tools screaming at the top of their lungs against the Wii based on a game people clearly didn't care about in the first place while doing the same old moronic song and dance while clinging to games like Zack & Wiki nearly three years after the fact.

For you people to be so obsessed with sales and metacritic for Wii games, it's strange that you don't go the extra effort to own a Wii and buys these games you cry about so loudly on the internet.