Not to be outdone, Sony introducing "Einstein" controller

Cool. It looks like I can be a part of Ghost Busters.

Best part of the statement!!

Very amusing post, a nice way to start the day.

As for Newton and Einstein being assholes, it's likely that they didn't mean it =). One common theory is that at least Einstein had Aspergers syndrome (high functioning austism) so he probably just didn't understand social interaction as well as most people. I'd suspect its the same for Newton as well. Really smart people with aspergers tend to be very technical, but seem like dicks to everyone around them. 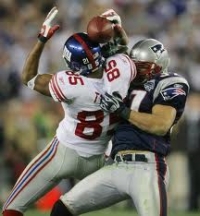 lol.. i can't believe people fell for it.. they must have skipped reading the actual text... :p Nice one though :)

I don't think Newton is an "asshole" by any means, he's just.... odd, with his love for Alchemy, I guess it's unfair for us to judge it now, but wow, was he devoted in that or what. lol

as for Einstein, the guy's brilliant beyond belief, sorta odd, but I suppose if everyone else you know are considerably dumber than you, you wouldn't want to socialize with them that much. ;)

I can see why Microsoft picked Darwin

*coming up with a controvesy idea that was coined by others before him, including his own grandfather Erasmus.
* some claimed he stole some of Russel Wallace's idea of Natural Selection and then called it "Darwinism"... remind you of anybody? ;)
* powerful in his way, has his "bulldog" fanboys, T.H Huxley anyone?

Nintendo coming out with a new "wang" controller with that replaces "Wii would like to play" with "Waggle your Wii's Wang"....that would go over great!