So why don't we care about motion controls anymore?  A  couple of weeks ago, I bought the game "Rise of Nightmares" for Xbox 360.  To my surprise, the game actually controlled well.  I looked at my library.  Other games like Wreckateer looked promising.  I have a metric ton of Wii games that I could fire up but.....nah, I'm just to lazy to play them.  Give me a controller and a couch any day.

So what happened?  How did we collectively get tired of them?  Nobody tries to lose 100lbs playing Wii Fit anymore.  Nobody is going crazy for another Dance Central.  Was the tech just too imprecise? Did the novelty just wear off?  The best use of motion control I've seen this year was with Until Dawn--when the game actually tells you NOT TO MOVE. Looking at my Wii collection, the only games I liked using motion controls was Sin and Punishment and the Zelda games.  It just didn't fit well in a lot of games.

They're all waiting for VR to make it interesting. And if Sony isn't going to give me a new Sports Champions with PSVR I'm going to throw a fit.

Motion controls? Fuck them. Pointer controls (especially for shooters). hell yes. Oh how I would love to play Borderlands 2 with Wii controls!

Because it wasn't accurate enough.

It was a fad and there wasn't much room for desirable improvement. Even if motion controls did perform better than Wii, like the Kinect, the technology won't go far because of what games have stood on and remains to stand on: 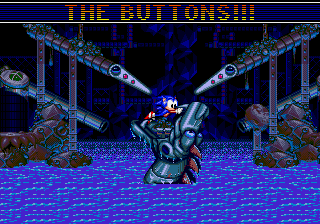 VR Is coming. Occulus rift, etc. It is not needed, was a novelty, mobile has replaced it and cross fit and yoga and whatever else. Although I would buy a real Wii Sports resort sequel. Not what we got on the U.

I would have loved playing Metal Gear Rising on the Wii. Just imagine how fun would have been just slashing with the wiimote to cut cyborg soldiers!

At the end of the day, when I want to relax with a game, I want to be doing this: