My favorite part about the conference was...

Kevin Butler was awesome, shame he isn't around any more, he added a bit of personality to things. His ads were great as well. I'm hoping to see some of 1st and 2nd party games known/rumored to be in development for PS4. Of course I don't expect them all to be present this E3 (gotta have something for TGS and PSX as well) let alone true.

Additionally, I really hope that Sanzaru is working on a 3D platformer (Jak & Daxter/Sly Cooper/new IP) and Evolution Studios is working on a new racer (Wipeout/MotorStorm/new IP) but neither are hinted/rumored at all afaik.

Also I wouldn't mind London and Bend to work on The Getaway and Syphon Filter respectively after their Morpheus games :)

Man, your sig is so friggin awesome! 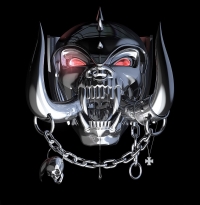 I really don't have any expectations. I also don't care if they show 1st oarty, 3rd party or indies in any ratio.
All I ask for are release dates for the games shown, and not just a Coming Soon which turns out to be 2019 or never.

Seriusly, why have they not made a patapon game yet? You could literally just hand it off to a capable indie studio. Same with Parappa.