I've seen the bravely default demo up on the e shop, been thinking about downloading it...What are peoples thoughts on the game?

Hey, count me in that Mario Kart 7 tourney (I'll convince my parents to come back as early as possible =P), it'll be my first tourney YAY! Just a warning, I'm incredibly good, unless I'm not...

I'm on chapter 4 and so far, it's one of the best RPGs I've played on a handheld console. I strongly recommend you give the demo a try, it'll give you a general feel of the game in the combat and gameplay departments, plus there's some small bonuses that can carry into the main game.

If you do that, there'll be angry discussions between fans of one or another game so... what are you waiting for ? XD

I plan on holding a vote similar in the style to the Most Wanted threads, except with just 4 votes per person instead of 5, and only for whatever categories the person wants to fill (I have a bunch planned out). That way, we can see what VGChartz generally thinks of each game, including their strong points, rather than just having Ocarina of Time's name appear a bunch.

In that case I'd suggest that once the voting is closed, pick the 3 most voted titles and do an aftermatch where people could only vote for one of those three games.

That way, people would discuss (hopefully not in an agressive way) the merits of each title but also the problems of the others trying to convince the rest to vote the same games he/she has choosen. 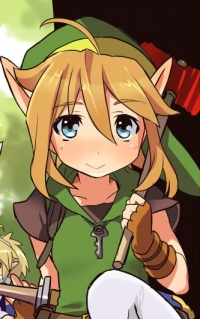 Well everyone who I've heard from has said it's incredibly good, and at the very least it's just a demo. Why not try it? It can be a bit jarring at first I found in the demo but after about 15-0 minutes you can really appreciate it.