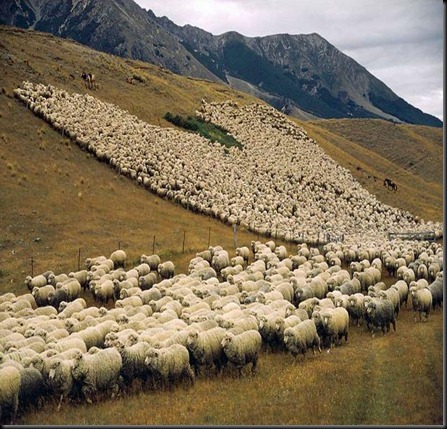 I have the Lumia 920 and I could run over it with a car and it would be fine. I will never go back to Samsung's cheap plastic phones. Iphone 5s looks like it still has the tiny screen and I like WP8 better than iOS. It is funny that iOS 7 looks very similar to WP8 though.

Dude, when is the last time you used android? My galaxy s3 runs JB and runs circles around iOS6 in speed, response time and stability.  Simple... maybe not quite as simple but damn damn close. I can actually multitask under android, and yes my battery life is better on the GS3 than my friend's Iphone5 (and the GS3 only has 2100 mAh).  A few of my friends have switched over and never looked back.

Then again, the iphone 5 does enough for most users.  I didn't buy the GS3 because I am a power user by any means.  I just liked the bigger screen and features of android (many of which are coming finally to OS7.  iOS7 take basically all of it's new features from android, including the ability to shut off wifi, etc. from a pull down menu.  Pull down menus in general.

Apple owned this market at first, but lately they are getting beat by android plain and simple.

As for the plastic feel of the Galaxy series.  I agree on that to some degree.  But have you seen the new HTC One?  Sexy phone with FRONT facing speakers.  I just think Android is too fa

Just get the major brand and you won't have that issue, stay away from Motorola(until whenever Google decides to improve their shitty support on those phones) or HTC. The safe bet is Samsung, and the new Sony phones are not bad either. My S3 has been very fast and stable on top of having great battery life. Another thing is I use my phone until I break it(RIP Atrix 4g, I shouldn't have accidently thrown you across half the room really hard....) so I'm also in no rush for a new phone, which is another thing I can't understand with a lot of people these days as they buy a new phone every year, it's not like a smart phone is a gaming PC lol.

Yesterday? I have friends (a lot) with GS4, GS3 and others Android phones... including some pads... the concensus is that iPhone is more stable yet.

The touch screen I don't know why is more responsible in iPhone 5 than GS4 too. Ive got a galaxy note 2, and i get about 3-4 hours of screen time, as well as FB and whatever else i choose.  Its just cause all smart phones are so small they cant make hugely powerful battery

iOS is ridiculously limiting without jailbreaking, I know it all too well since it doesn't do even 50% of what I wanted it to do without Jailbreak which is not something I have issues with even with an Android phone that's not rooted.

Rooting is like jailbreaking, only you can do even more than jailbreaking, and custom ROMs make older phones still relevant years after release due to rooting and unlocking the bootloader. TBH the durability is not a problem since I have protectors on all my phones to start with, I've accidentally tossed my S3 like 5-10 feet away on the street in Seattle and the end result was that the protector got a few scratches lol.

lol Windows Phone yeah, they are not all there yet..... trying too hard with the Windows 8 bullshit....

Phone discussions are irrelevant these days. It really all comes down to personal preference and price.

So yeah all comes down to personal preference and price!

So you have a lot of friends that have GS4/3s and other Android phones and Android pads.  Yet they all agree that iPhone is more ... stable?   Why didn't they buy iPhones then?

I'm sorry, up to iOS6 Apple didn't even have a worth a damn pull down menu.  I've touched a few I devices after having my android phones and I would never go back, just feld so "walled in" starting with the home screen and everything else.

Also, Apple's new "made in California" advertising seems like a desperate [genius?] attempt to draw attention away from the fact that Android / Samsung is throttling them.  I want to like Apple products (used to have an ipod touch and ipad), but they have just fallen behind in their ways - worried more about profit margin than innovation. Then again, if they can get away with selling people the same crap I don't necessarily blame them.