Wii U owners, what other console do you have/had?

Forums - Nintendo Discussion - Wii U owners, what other console do you have/had?

Every Nintendo Home Console + Handheld + Vita, 360, PS3 and a Dreamcast.

This gen I might go back to Nintendo only. All of them (minus a 3DO which I got later), including portables, domestic (since 2600), and most of them import (since PS1), new as they came out.

(I also bought some weird ones in the 90s after they had had their runs, e.g. SGX and PCFX.)

(Which, I'm pretty sure, makes me way more "hardcore" than those that think they're hardcore, even though I preferred the Wii vastly more than the PS360, which kinda throws a wrench in the whole "hardcore gamer" thing.)<---random editorial comment 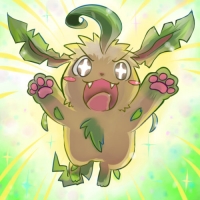 I also have a PC, Phone, and iPod Touch all with little games on them.