Is there anyone more committed?

Exclusive titles will get big support

While Wii U's launch is now well underway, with a fair bit of fanfare surrounding it, many want to know what the games of the future will be like on Nintendo's new home console. Some people certainly believe that when it comes to utilising the unique control schemes the Wii and Wii U have to offer, it's only really Nintendo that has managed to create truly great gaming experiences with the technology, while third parties have often struggled.

In a recent interview with UK newspaper The Guardian, Shigeru Miyamoto addressed this issue, saying that Nintendo encourages the differences found in game developer's ideas. He explained that the company is more than willing to assist a third party developer should they want to bring an exclusive gaming experience to Wii U.

It's a matter of how seriously they commit themselves. Our mission is to approach developers, and if they're willing to commit to experiences only available on Nintendo hardware, we are more willing to help.

Miyamoto also provided a bit of an insight into his daily life at Nintendo, showing that it's not all glitz, glamour and Gorons — even for him.

Actually, most of my working time is occupied by reading email, making phone calls and returning comments by email... I'm always trying to remind myself that even though something can be done digitally, I need to have face-to-face contact with others.

Miyamoto clearly values face-to-face contact when making new games, so if he wants to maintain that contact with his closest franchises this could potentially be a blow to the hopes that Retro Studios will ever be given the opportunity to make a Zelda game — something Miyamoto has alluded to in the past saying the studio is "qualified" to take on the task. Retro Studios is based in Texas, many time-zones away from where Miyamoto-san checks his emails.

This isn't the first time that Miyamoto has so clearly spoken of support for third-party developers, in the past explaining that he's meeting with many of them directly. Are you hopeful that third party developers will consistently create great content on Wii U, or do you think they'll be too lazy with the available technology? Let us know your thoughts in the comments section below. 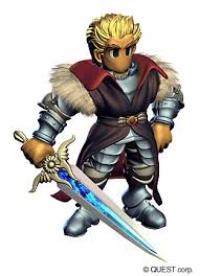 The man, the legend, Miyamoto. Would love to see Retro develop a Zelda though.

So basically nothing has changed since the Wii and DS. This is good news.. Nintendo already have Bayonetta 2 exclusive its a start.. they have a capable hardware now.

I only hope that they follow through with this and give 3rd parties the support they need!

Remember when we found out a year and a half ago that Retro is working on "something everybody wants us to do"??? (source: http://www.eurogamer.net/articles/2011-04-20-metroid-prime-dev-making-wii-2-game)
Come on IT has to be Zelda D:

They are gonna need something better than Bayonetta 2.

If only Sega would make a Sonic Adventure 3 exclusively for the Wii-U.....

Edit: Should push SE to develop Bravery Default past the 3DS and into the Wii-U. Make it its own megaton series competing with Final Fantasy which is on the other systems.