Hahaha, I didn't notice that but yeah it would seem so!

Seriously inFAMOUS i haven't played either OoT or FFVII =p Well lets compare them and see who is the best.

OOT Has some of the best N64 graphics and it still looks decent enough by today standards as the N64 had better graphics.

Here I think OOT wins because FF7 had a pretty good battle system but not revolutionary nor that original. OOT had plenty of imaginative puzzles and while the swordplay was basic the amount of items you had and how they where used made the game more strategic, more original and even revolutionary.

this one is quite hard as both games have a great soundtrack but I give the nod to ocarina of time because its music was a little more original and it stays with you for much more time. Also the N64 didnt have orchestrated music so it is quite a feat.

FF7 had great story but it was quite convoluted. On the other hand OOT had a lot less dialogue so it was more streamlined. In the end I think FF7 wins as it concentrates more on story than zelda.

So for me OOT wins because it is more original, FF7 felt like a 3d version of FF6 while Zelda was a whole other beast compared to its 2d counterparts. I am not a fan of either game but Zelda does stand out more so there you go. I do like RPG's I just can't stand random encounters and turn based gameplay is boring. It's one of those things that doesn't break a game in most cases, but it takes away from the overall enjoyment of a game due to the mass annoyance of not being able to walk 3 steps without randomly running into something. There are better JRPG's available than OoT so it isn't that I like one genre better, but when you compare a terrible jrpg vs one of the best Zelda games ever made.. it's kind of clear what the winner is. Though TOS>>>> ALL GAMES, and FFIX, KH1 > Most games. If you don't like Random encounters thst much I would recommend Dark Cloud Dark Chronicle(DC2) and Rogue Galaxy 3 awesome ARPGs from LEVEL 5.

This is the first time I've heard of Zelda: Ocarina of Time.

I'm guessing each story in the Zelda universe is about the princess etc. As far as Final Fantasy VII story goes, that universe goes beyond 4 games, and a movie. It is still incomplete.

So my choice is simple. FFVII because the story is deep, and has fun characters to play with. 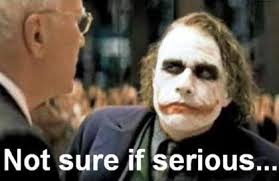