What, is he paid to analyze videogame plots too?

Look at the best selling games of all time, and few of them have great plots. It's the nature of the videogame industry.

I agree. The story was poop and the campaign was a linear script fest. The spawns are were awful too.

Gen. Shepherd had no reason to do what he did, " yeah I'm going to kill a team of some the best soldiers to ever walk this earth, trying to help me stop a mad man hell bent on war, ............................... because I got sand in my Vagina about something they had nothing to do with???????
IW wanted the big set pieces and wanted the shock moments, and twist, but have a pants on head retarded writing staff because what they came up with made less sense than ummmm everything. I mean thank god it had fun gameplay, It did it's job of masking a totally cheeseball story, COD 4 made sense, terrorist working with Russians, they get a nuke, they use nuke, SAS soldiers take out guys responsible, makes sense, bad guys are identified as bad guys and are handled with.
The problem Modern warfare 2 is Gen. Shepherd isn't a freaking bad guy! he wasn't working with the Russians, he wasn't working with Mackorov, he wasn't trying to take over the world, He wanted to bring MACkorov or watever to justice and had a team of ultimate badasses there to help him soooo he kills them....................... and then goes after makorov????? WTF that's like 2 cops chasing a robber and then 1 cop shoots the other cop and .......... continues to chase the robber like wtf you shoot the other cop for dude.

people say this would make a good movie, Hell no it wouldn't, Uncharted 2 would, bioshock would, Assassins creed 2 would, because those had complete story's that above everything made sense, if MW2 get made into a movie there would be a lot of pissed off people in theaters imo, we just watch some really cool guys own the shit outta everything to get killed by their commanding officer for no reason what so ever, and have him say some cheesy shit and get stabbed in the eye, it would be transformers all over again.................. and even that made sense no matter how lame lol 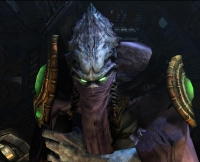 Well said.  I look at it as a summer blockbuster, I admit the story didn make the most sense they were going for shock value over logic.  I didnt see it coming.  It was a fun roller coaster ride played through campaign twice myself.  Only thing they have to change the feaking re spawning is annoying wasny as bad as last game but that needs to go

i honestly didnt get the story at all and everything i hear the AI call someone's name im like is that me!? but then again i didnt really like the single player i thought the AI was cheap i HATE it when the game sends enemies from behind

"The best selling game of the Year" adding all platforms Sir.

who is this patcher guy and why should I care!!!!!!