Each game will be released as a download from the Xbox Live Marketplace for $15.

Microsoft's back catalog of Xbox games available through the Xbox Live Marketplace will be getting two titles deeper on Monday, December 15. For 1,200 Microsoft points ($15) each, you can own a digital copy of Sega Soccer Slam or Raze's Hell. The latter received a positive reception when it was reviewed back in 2005, but the $15 price -- while standard for Xbox Originals -- seems a bit high for a game that originally retailed for only $20. This would've been an opportune occasion to introduce another tier of pricing for Xbox Originals, but it looks like it's going to be $15 no matter what.

rip off...i paid $3 for razes hell brand new...and thats what its worth.

Your link for razes hell isnt working.
what type of game is it?
I like some of the back catalogue games.

I've wanted to try razes hell.... nothing more though, just try.
Maybe MS could release demos for the XBO service? I mean, like the ones that were already made!?!? 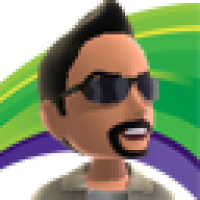 Oh such poor choices, is Splinter Cell up yet? I can't be bothered to look right now.