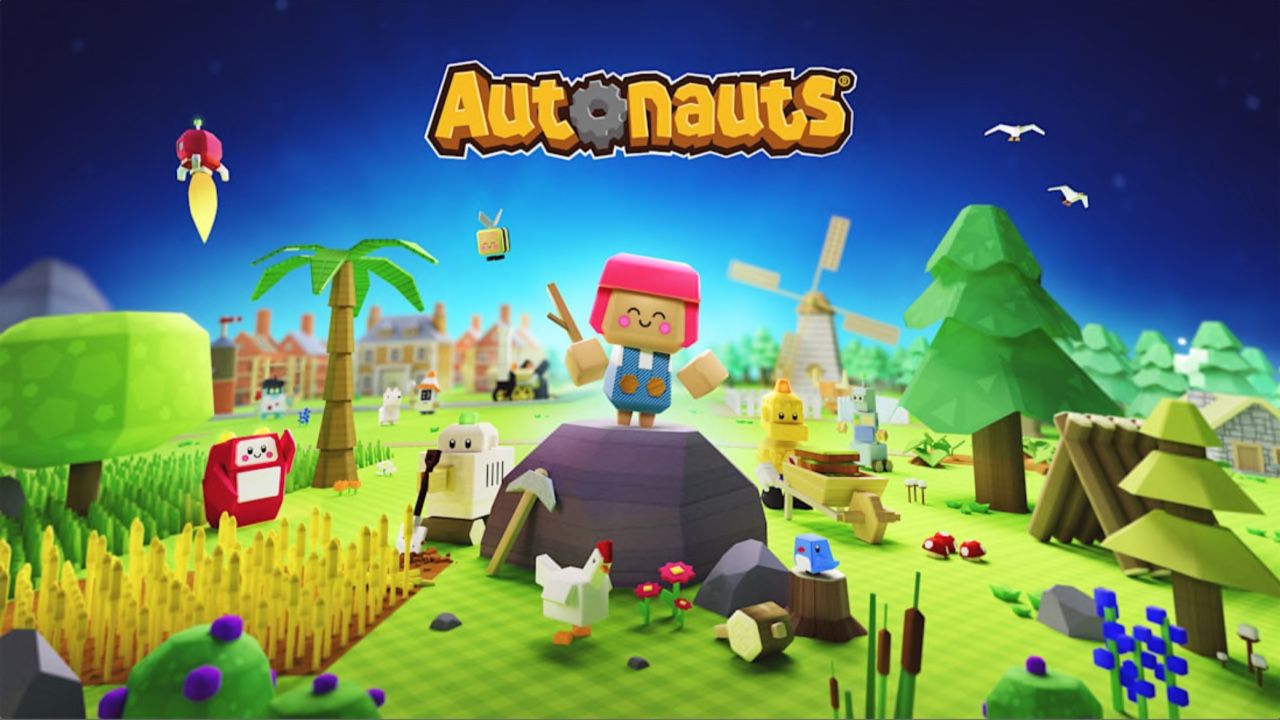 Now I know I have done a pretty terrible job of selling this game, but I'm having a blast with it.  I'm on my third playthrough (kind of) and just the nuts and bolts of putting together your base is a joy.

For those who haven't heard of this game or know the premise, in a voxel universe you have been tasked with colonizing a planet.  Your tools for this colonization will be a set of expanding blueprints, the materials on the planet, and bots that you create and program.  These bots have finite memory, so you can't make one of them perform all tasks.  For the simple task of mining stone you could have at least 3 bots performing duties: one to mine the stone, one to pick up the stone and store it, and another to have fresh tools waiting for the miner when they break.  Of course, how you assign these tasks and delegate the workload is up to you. 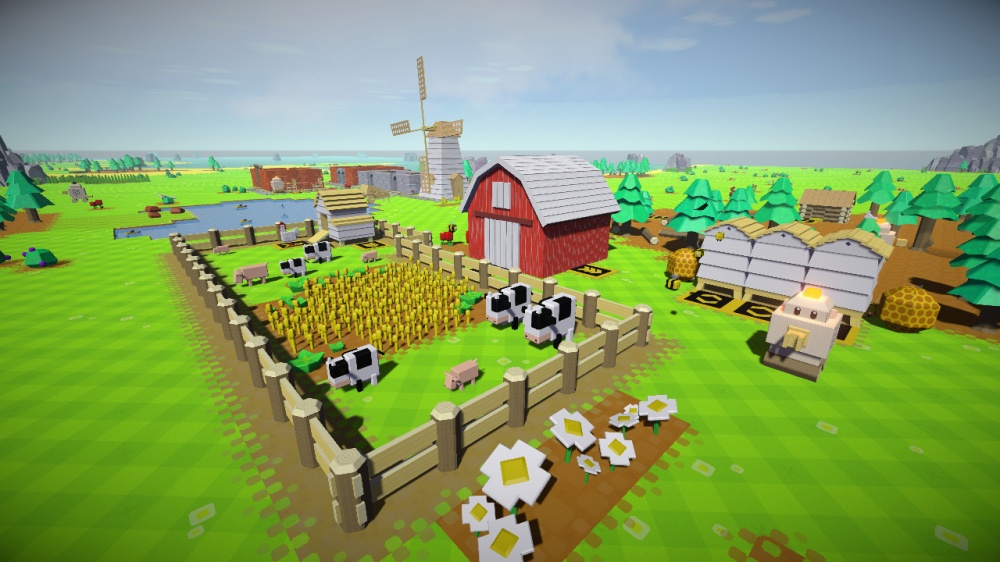 There are several resources you'll need to acquire including wood (which can be broken down into planks and poles), food (an entire bot-fueled enterprise all by itself), water, sand, etc.  Each resource has several layers involved as far as getting them prepared for use in your crafting.

And speaking of crafting, some of the items in the game require 3 or 4 machines running in sequence before you get one of the items you need to manufacture let's say, a wheelbarrow.  And don't even get me started on constructing residences for your folk.  Yes, there are people that you'll need to be taking care of as well.  In fact, their love or Wuv, is what powers your blueprint expansion.  The more Wuv you collect by keeping your folk happy the faster you will unlock new blueprints that will allow for both more streamlined work loads and more arduous tasks.

There are 8 levels of civilization with each level requiring a certain number of tasks to be completed.  While the first few levels go by pretty quickly, getting your assembly apparatus set up for each trade, be it lumbering, clothing, cooking, toy making, can be pretty taxing, but in a good way.

Autonauts is far less about exploring the planet that you're on than on exploring the programming that is possible for each of the bots.  While the game lays out a very nice tutorial to get you started, you are pretty quickly left to your own devices.  And that's what I like in games.  Please, don't hold my hand and tell me exactly where to go or what to do, I want to figure it out on my own.  There is a certain joy in assembling a script for a bot or several bots and watching it play out how you planned.

This title seems to be available across all platforms, but I've only played the Switch version so that's why I put it in the Nintendo forum.  The game retails for $19.99 USD, but I snagged it for $12 on sale but would gladly have paid full price if I had known how much fun I'd be having playing this game.

Let me know if you end up checking out the title and what you think.

Looks really cute and sounds interesting.
Put it on my wishlist.
(That means I'm probably gonna buy in a year from now and play it three years later if ever.)

Too many games to play these days.  Especially since so many games aren't 20-30 hours long anymore, they're 100-300 hours when you really dive in.  All that being said, I'm still hoping for a Direct in September so I have even more titles to cram in my wishlist.