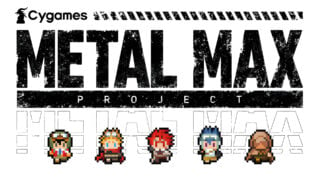 Metal Max series creator Hiroshi Miyaoka will continue to work on the series as a director at Cygames.

In a statement, Miyaoka said, “Cygames has acquired the rights to Metal Max. I feel that this acquisition will be a great opportunity for the Metal Max series, which celebrated its 30th anniversary last year. As the original creator, I’d first like to thank Kadokawa and Kadokawa Games for their willingness to send [the series] off, and above all Cygames for welcoming it.”

Miyaoka continued, “As a director at Cygames, I, Hiroshi Miyaoka, will be working to reboot the Metal Max series in earnest. We’re currently in the wild ideas stage, but my hope is that the series is reborn in a way that will reach not only Metal Max fans, but the hearts of RPG fans all over the world. Please look forward to it.”

Cygames producer Kenichiro Takaki added, “Metal Max is one of many wonderful games that mesmerized me in my student days. ‘The intellectual property that makes a name for itself in history will be loved and passed down from generation to generation.’ I feel that this is the challenge faced by the entire games industry, as well as the mission of Cygames, which strives to ‘create the best content.’ I’m incredibly honored to be involved with Metal Max, which fate has allowed me to encounter once again. The project to create the best console game starts now. Please look forward to it.”

Platforms and a release date for the new console game have yet to be announced. Visit the teaser website here.

This could explain the random cancellation of the Xeno sequel. Start fresh at new company with waaaaay more money.

Xeno sucked. So hopefully they can make something better