An important message from our studio:

The Sinking City has been taken off Steam and from other platforms. The reason for the take-down is due to the actions of our Distributor BBI/Nacon. Here is our full statement. 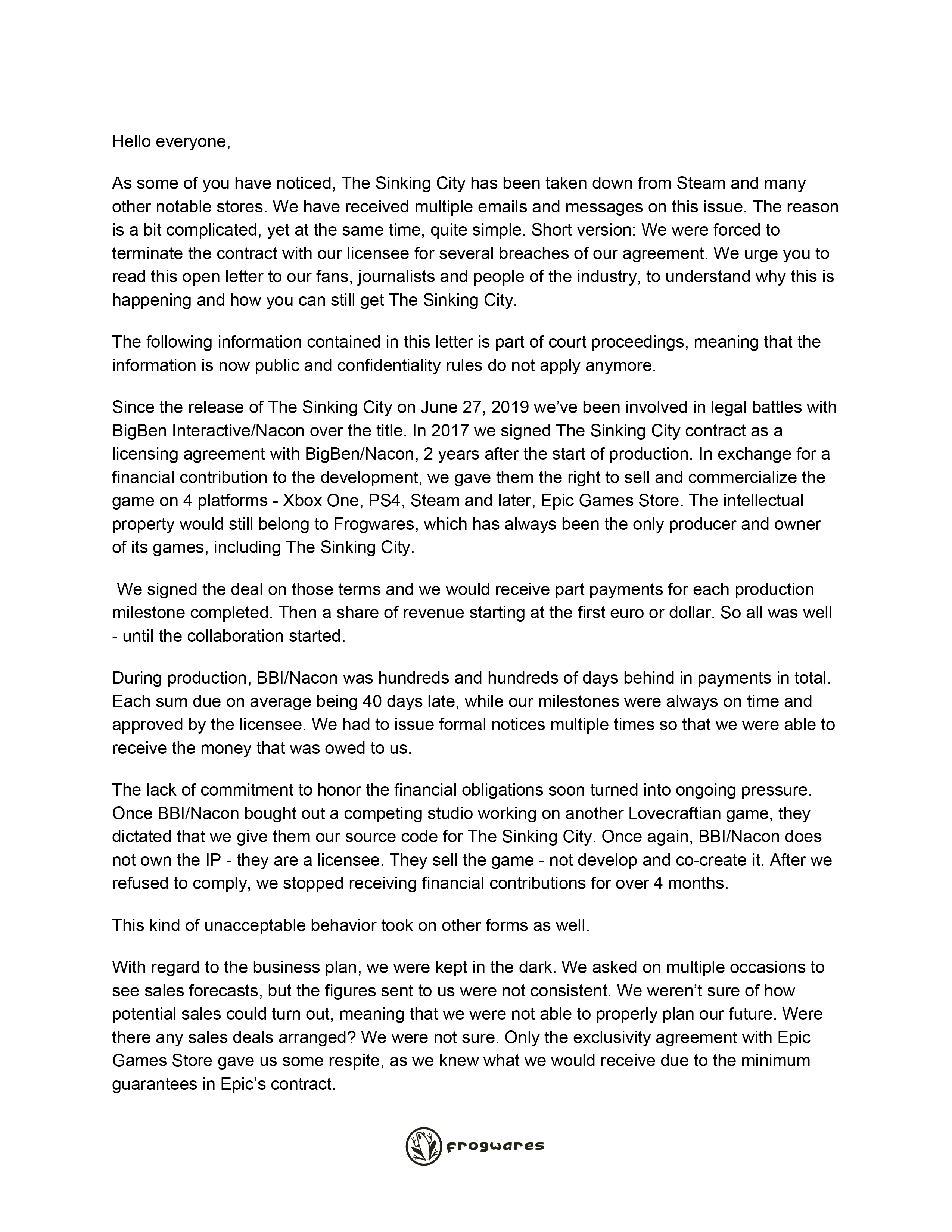 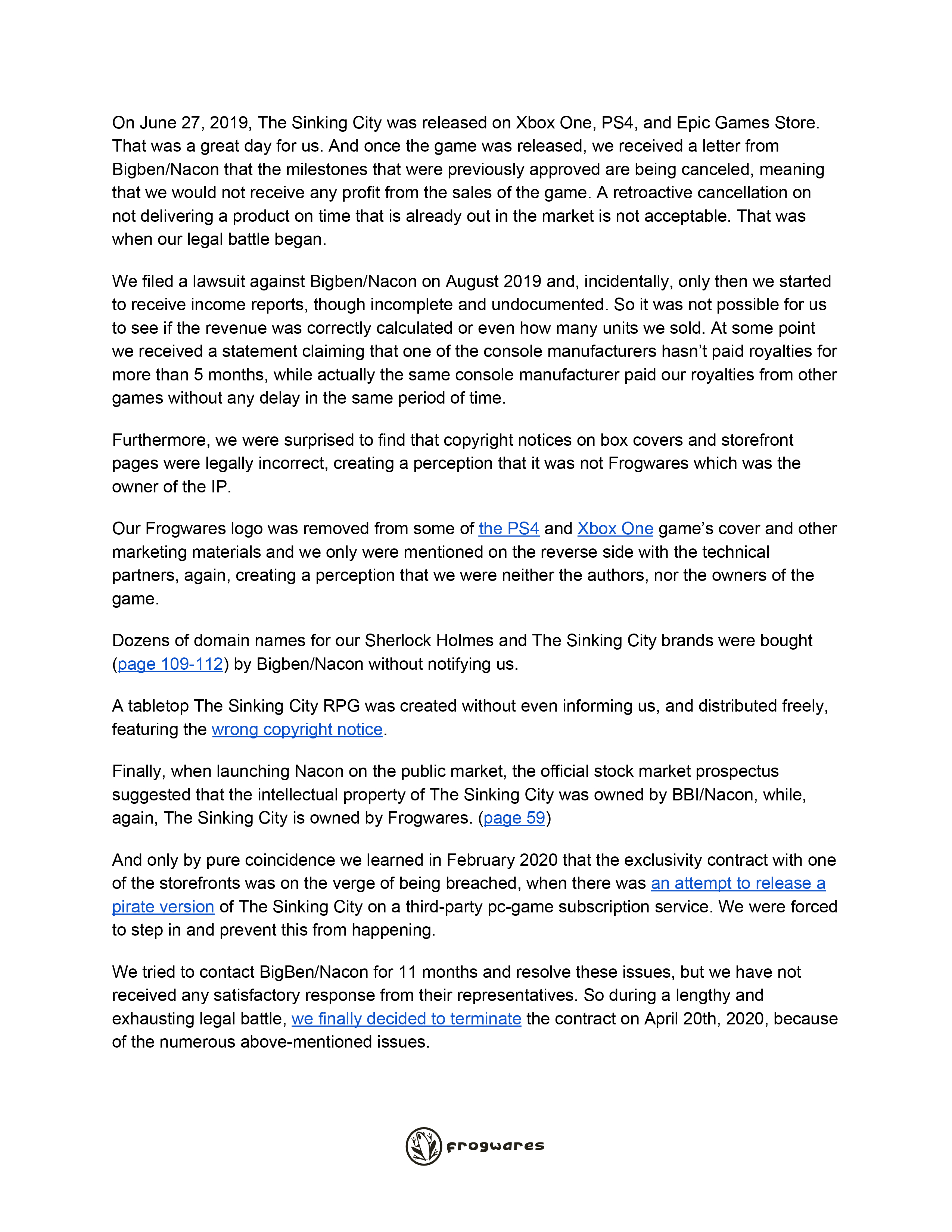 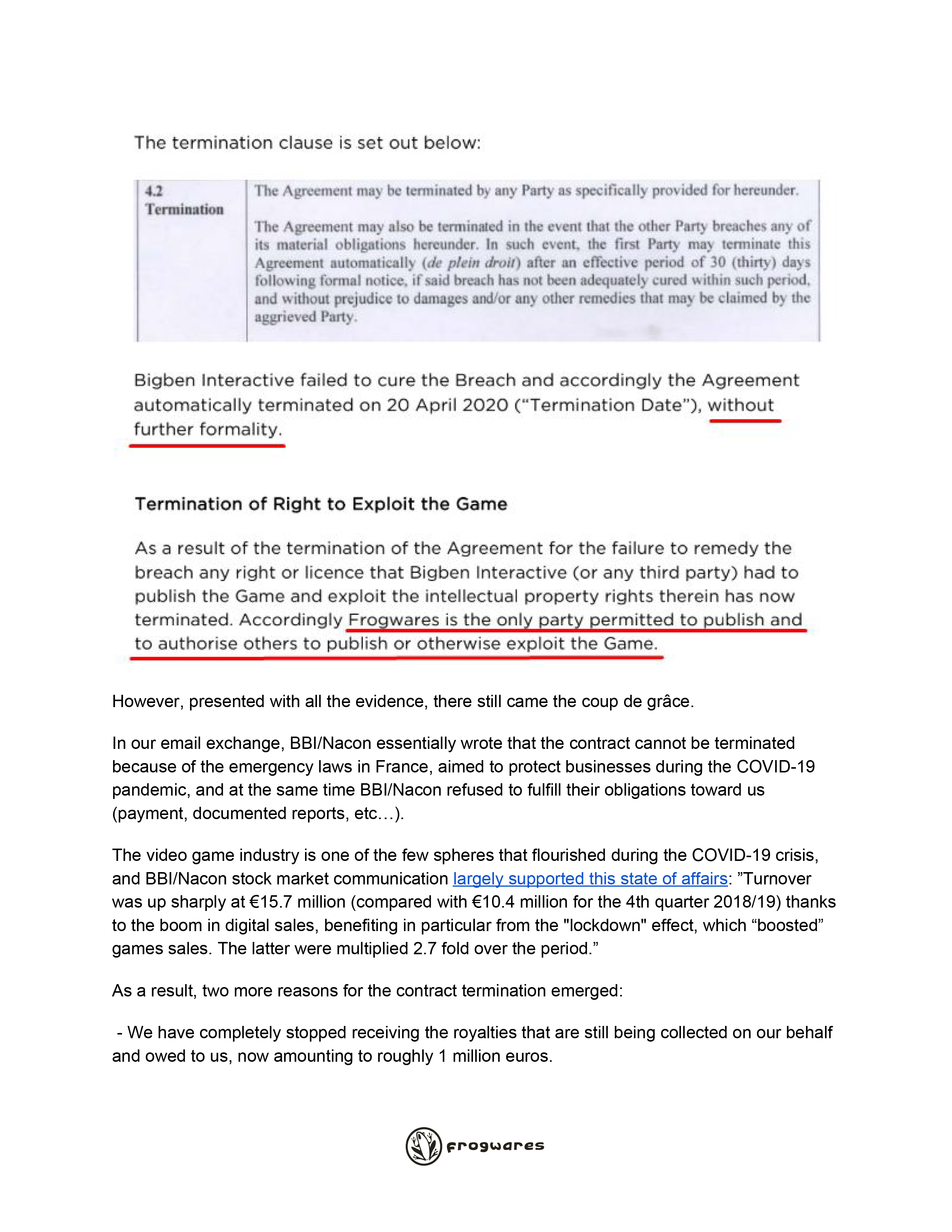 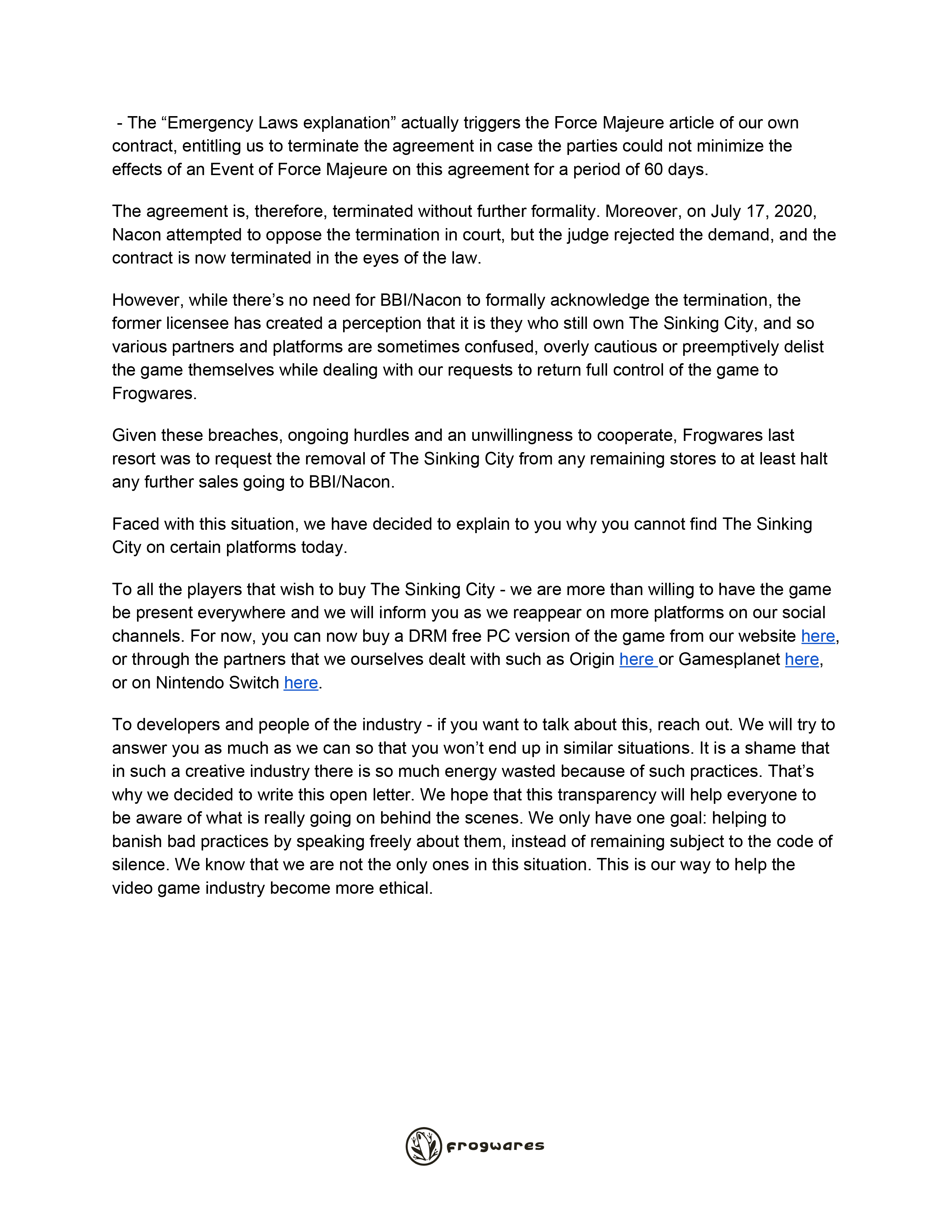 TLDR version: Big Ben Interactive/Nacon treated Frogware, the developer of The Sinking City and the Sherlock Holmes games, like absolute shit, especially in regards to The Sinking City. Frogwares signed a deal with Nacon to fund the game in exchange for publishing rights, under the condition that they be allowed to maintain ownership of the Sinking City IP. The problems started almost immediately, their funding payments were all massively late in spite of Frogwares meeting all development milestones on schedule. Then Nacon bought out the developer of a competing Lovecraftian game and demanded that Frogware give them Sinking City's source code, and tried to strongarm Frogwares into giving them the Sinking City IP. Nacon refused to give them sales forecasts for the game, so they had no idea how much money to expect which made planning for their future difficult. Then the game released and Nacon tried to not pay them at all, forcing Frogwares to file a lawsuit with them. Then Nacon finally started paying them, but the income reports were incomplete and poorly documented, making it difficult to tell if Nacon was paying the proper amount or trying to cheat them. Nacon designed the boxarts and digital store listings of The Sinking City to hide Frogwares name and make it look as if Nacon owned the IP. Nacon lied and told them that one of the 3 console makers withheld digital royalties on the game for 5 months, even though Frogwares was still getting the royalties from their Sherlock Holmes games directly from that console manufacturer during those 5 months. Nacon bought out domain names for the Sinking City and Sherlock Holmes games in a continued effort to strongarm Frogwares. Nacon created a free tabletop RPG for The Sinking City, which they didn't have permission to do since they didn't own the Sinking City IP. The list of offenses goes on and on. Ultimately, Frogwares finally decided to end their contract with Nacon, and the game has temporarily been removed from digital storefronts while Frogwares is trying to prove to the storefront owners that they own the IP and not Nacon, so that a new Frogwares self published listing on those stores can be made.

Even shorter version: Nacon sounds like the scum of the Earth. This is as bad as what Take-Two's Private Division label did to the developers of Kerbal Space Program.

Wow, so I was reading up about Frogwares. They have been cheated by distribution partners twice before. The distribution partners on their 2002 Sherlock game tried to cheat them out of royalties and they had to sue them. Then recently Focus Home Interactive, who published their games from 2014-2016, tried to do the exact same thing that Nacon did, tried to make it look like they owned the rights to the games, even though Frogwares only signed a deal with them to be a distribution partner. Frogwares terminated their contract with Focus Home last year and are now self-publishing their older Sherlock Games, and now they terminated this contract with Nacon after Nacon tried to cheat them on the last Sherlock Holmes game and the Sinking City.

No wonder Frogwares is self-publishing the next Sherlock Holmes game instead of looking for another publisher. The whole damn industry is filled with nothing but dirtbag publishers.

Ah look another case for this all digital future.

Yeah, alot of what they did sounds highly illegal to me.

Very bad actions from BBI/Nacon, considering the post that they had another 2 publishers fucking them up perhaps they should try a platform holder publishing with temporary exclusivity, I doubt either of the 3 major companies or Epic would do this.

??? Explain please. Not taking a side here. Just trying to figure out what you mean.

I think he's saying that one problem with an all-digital future is that games can be delisted and you can no longer buy them, unlike with physical where you can at least look for a used copy if a game gets delisted. But ultimately, piracy will preserve singleplayer digital games that get delisted from digital stores, even if the multiplayer ones become unplayable.

Thanks Obama, Apple, Non-Euclidian Geometry, and flipping Jules Verne for this! The lot of you can go back to the 6th realm where you belong!

There's 101 disputes in business. That's why we have contracts and courts to adjudicate. There's no point crying on social media.