After covid 19, that's it.
Companies are going to stream their announcements and that's how it will be, I feel.

Best thing would be to copy Gamescom or TGS but offer better the management for demo playing.

It’s coming back next year. End of day it’s the biggest gathering of the worlds biggest developers. Anything else is fluff.

Simple get all the main players together including Sony and sort out what they want E3 to be, by asking questions like does it still see itself being a trade show and if so how do they answer the problems from a retail buyer's standpoint of wanting to finalise stock orders by the end of the 1st quarter or are they just there to showcase product to the media/public that way they can make adjustments an example would be having a trade only focused E3 early in the year followed by a media /public E3 with each tailored to the target audience, but what ever they do a meeting of the relevant stakeholders is needed. 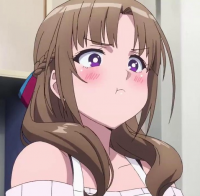 Open it to the public. Otherwise, let it die. I couldn't care less if E3 went away.

They did that last year

But would Nintendo really be into reviving Space World?

And a Nintendo direct can sell hype in February or March without E3 thus not needing it. No one needs E3 anymore. Why they keep branching away and doing their own shows.

The problem isn't the show floor it's the trade show aspect of E3, in today's world of stock management they have a tendency to want  most of their orders locked in by the end of the first quarter, so in this environment a June E3 is seen by retail to be held too late, like I posted earlier E3 needs to have a meeting with all its stakeholders including Sony and define E3's role in today's market by answering questions like do they still see themselves as a tradeshow or has their role shifted toward highlighting up and coming games and related products for the media/public and whether that means an earlier trade focused show for retail followed by a june E3 aimed at the Media and public or it stays the same,they need to meet and look at their direction.