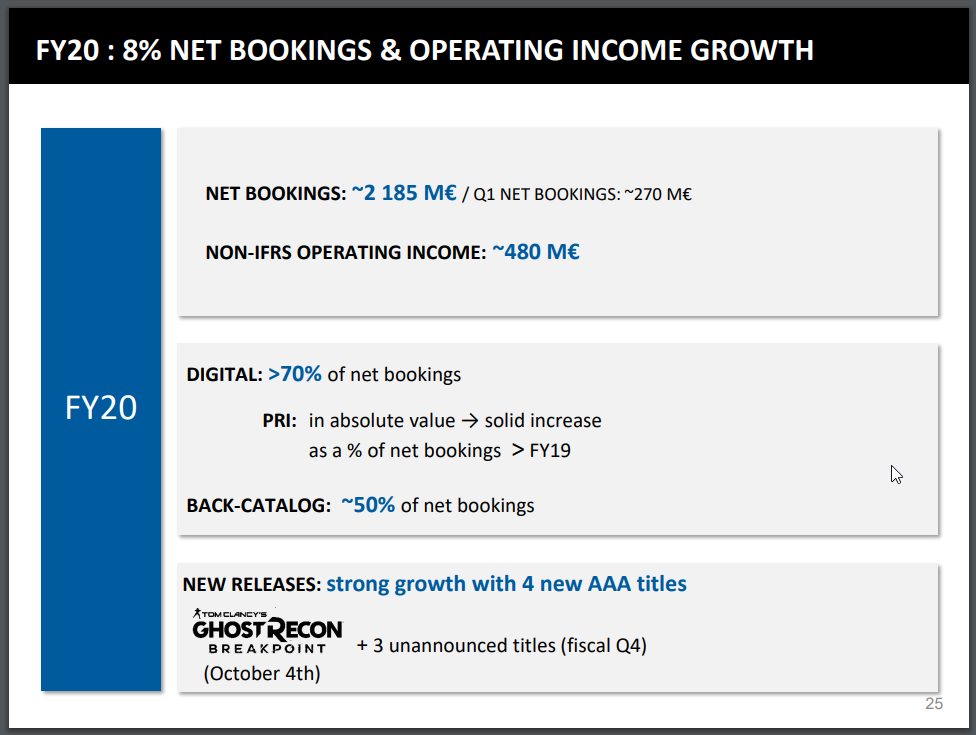 Strange move for sure. Game has already been delayed once, and seemed to be coming together well in the E3 2018 gameplay demo. Hopefully they delayed it to add a fully fleshed singleplayer story to the multiplayer portion of the game.

I forgot this game existed. Might be re announced as a early next gen showpiece.

Say hello to one of many crossgen titles.

Ubisoft apparently still has 4 AAA's this financial year in spite of the delay, including the just announced Ghost Recon. The other 3 are unannounced:

Watch Dogs 3 and a new Splinter Cell are strongly rumored to be 2 of the 3. Nobody has any idea what the 3rd unannounced AAA is though. Ubisoft already confirmed no Assassin's Creed this financial year, and Far Cry just got a new game in February, unlikely they would release another Far Cry in Q1 2020 unless Ubisoft has decided to make Far Cry a yearly series. It's also too soon for The Crew 3 and Steep flopped so I doubt it would get a sequel. Their new space exploration IP was confirmed to be cancelled by the game's former creative director. Too soon for a new Rainbow Six since Siege is still one of the top 5 most played shooters 3 years after it released, Ubisoft seems very happy with the Games as a service money they are still bringing in from Siege.

It says all the three unannounced games are Q4 (January-March)

I don't think that Ubisoft considered the last Rabbids-Nintendo crossover to be AAA on their financial reports though.

They didn't? Well in that case, releasing three AAA games in a single quarter seems like a stupid move. Space them out better.

Yeah, I would have expected Watch Dogs 3 in November, same as Watch Dogs 2. Then Splinter Cell and the 3rd AAA in January and March.

Very strange that they're saying all 3 will release in Q1 2020. Hopefully they pull some overtime on one of the 3 of them so that they can finish it in time for a November release.