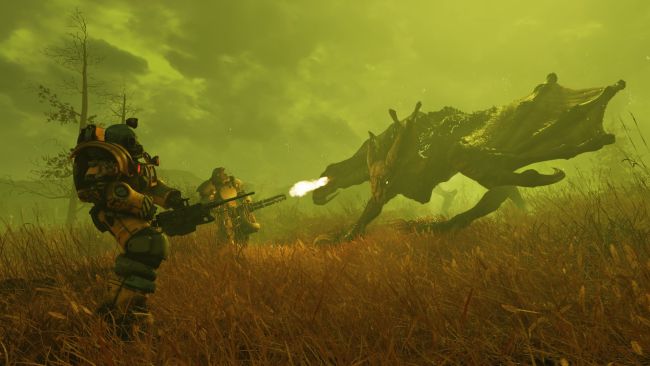 Pretty sure they could still co-launch on the Epic Store, as I am 90% sure that you can be on both systems.

If you still need their launcher to play their games, isn't it pointless?

Ok? Even releasing on Steam doesn't mean they won't do so on Epic Store, plus I thought Bethesda had their own store as well?

Not necessarily because Steam features can still be used.

Ya they can release it on any other store just like they have been doing for so many years (their games are also on GOG).


But this is good PR for them to get people on their side to purchase their games.

All of these games are gonna be on their own store by default but now confirmed for Steam as well compared to a few months ago when they only mentioned their own store.

It is kind of weird that Bethesda is coming back to Steam per say. Still, I'm glad and I will probably end up buying Doom 2 and Wolfeinstein on the store - maybe even RAGE 2.

I hope they keep launching their games on Steam, as well as anywhere else they want, for many years.

Sounds like Bethesda wants money after all. I guess DOOM and maybe even RAGE, can show up on my radar now.

Inb4 Epic deal though. I can easily see that happening at the last moment, despite Epic "not wanting to do it again".