However, no one ever mentions that the 1953 coup of Iran (instigated by Americans) REALLY messed up the region.

John Bolton is now backing up what Trump said:

Donald Trump plans to make Iran pay a price few countries have ever paid before, according to the US national security adviser, John Bolton, who doubled down on a late-night tweet in which the US president threatened Tehran.

Bolton’s statement was designed to show that Trump’s unexpectedly belligerent tweet was not a random act, or empty bluster but part of a considered move by the US administration to step up the economic, political and psychological pressure on Iran.

Bolton, a well-known hawk on Iran, told reporters in Washington: “I spoke to the president over the last several days, and President Trump told me that if Iran does anything at all to the negative, they will pay a price few countries have ever paid.”

If Trump goes full neocon I will vote Democrat for the first time ever.

same people crying about we are all going to die since he was elected, north korea, russia, now the recent iran. and by the way iran has been spouting off bullshit, thier ass cant cash, Trump is calling them on it and they have been up for a beat down for a long time, just let these shitheads keep running their DS.

Iran needed to be called out. but since its trump its a hate fest. to be expected, and ignored. like the MSM.

So what are we supposed to do, kill all the Iranians? That'd be outright, what do you call it, genocide.

I know Iran is lead by Holocaust deniers, but that doesn't mean we should wipe out their entire population.

Obama and Hillary said that Iran doesn't have nukes and that their great deal with Iran will prevent them from getting nukes......so either they are lying or you are....

Iran with a massive nuclear arsenal? Lol what?! Fuck Iran, we would crush those assholes.

I'm not lying, I'm just saying it's very likely Iran has nukes, and they're going to nuke us because of Trump's idiocy.

They don’t have nukes lol. I don’t know where he got that from. So he wants to get us all killed just because Obama didn't?

Last week people were mad that Trump undermined every single US intelligence, including the (Republican) House Intelligence Committee, unanimously reaching the conclusion that Russia in fact launched an attack on the US election. If there's any time to not question your intelligence, it's when they're all in agreance unanimously, and it pertains to an attack by a foreign hostile nation.

The complaints then from people who can only see things in black or white were "What, you wanted him to start a war with Russia?"
No, that's not what most people wanted him to say. We wanted him to say something like "I trust our intelligence, but these 12 individuals need to be properly investigated so we can get the full picture of what happened."
That would not incite a war or goad Putin in the slightest because Putin himself during that press conference offered to help USA with the investigation in regards to the 12 indicted GRU members. Of course, it was a terrible offer, but none the less. On the surface, there was an act of cooperation and compliance.

Speaking of that offer, Trump called it 'an incredible deal' multiple times. Handing over Americans to be interrogated by Russians in Russia was such an 'incredible deal' that a grand total of 0 members of the senate voted for it. 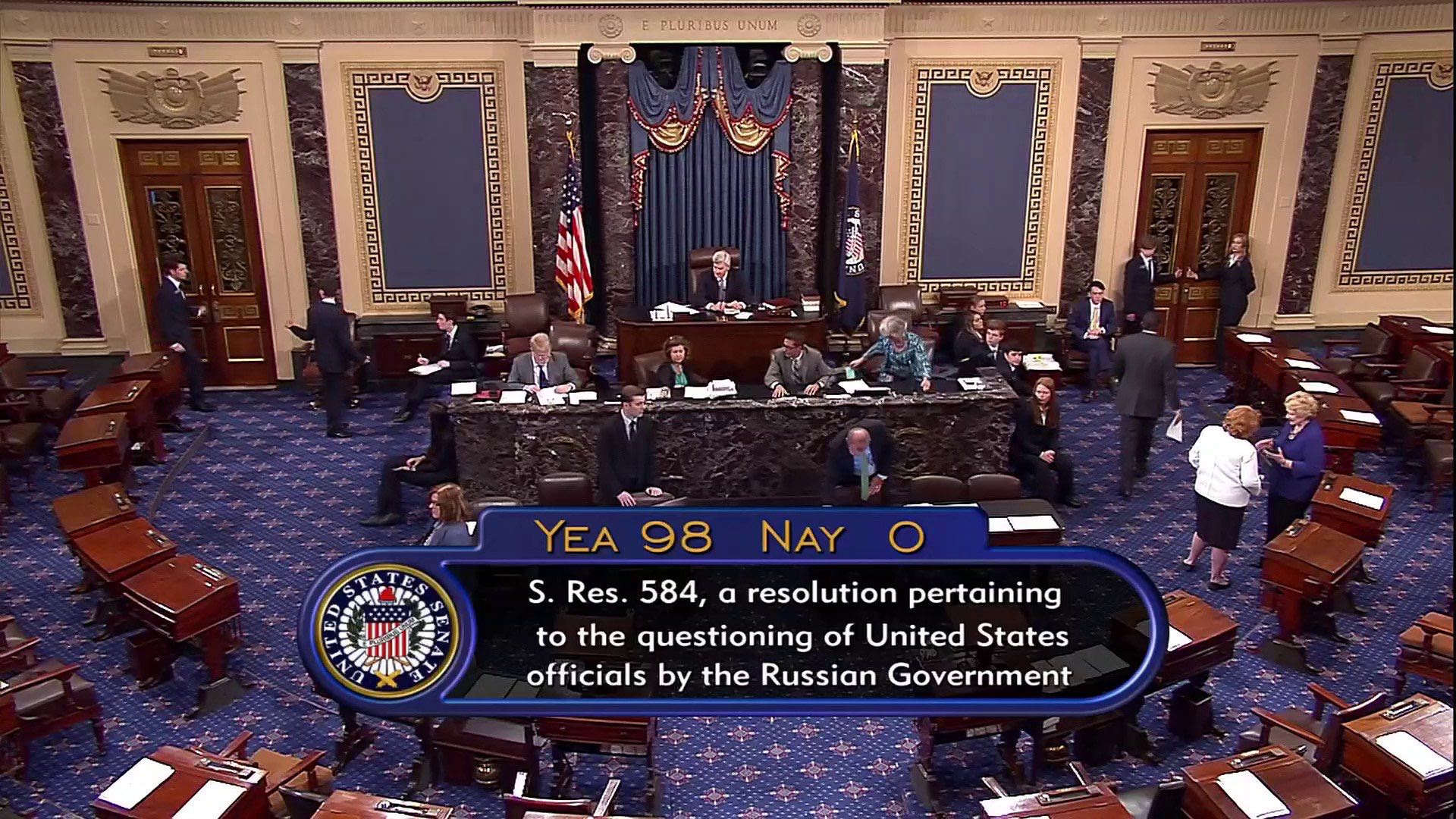 There was a bit more to it, like "don't pull the lion's tail", which is a subject that's going to come up for Iran when USA recently broke their own peace agreement with Iran, even though Iran were inspected 11 times and confirmed to have upheld their end of the deal. Now there were some suspicions cast on them possibly breaking the agreements in secret, but if we're just sticking to the facts we have, USA broke the peace agreement, which can understandably be seen as a move to stirr up towards a war.  On top of that Trump appointed Bolton, who voted to go to war with Iran multiple times.

Anyway, my take on this is that Trump could very well respond to the comment in a similar fashion. But " CONSEQUENCES THE LIKES OF WHICH FEW THROUGHOUT HISTORY HAVE EVER SUFFERED" is too much.

Iran can be called out without alluding to nuclear war, or whatever " CONSEQUENCES THE LIKES OF WHICH FEW THROUGHOUT HISTORY HAVE EVER SUFFERED" is supposed to mean.