(I had originally PM'ed Truck about this, but no reply yet, so I thought I'd take a chance and post this here. I hope that's alright.)

I would very much like to invite your community to take part in Season 4 of the Mafia World Championship.

The Mafia Championship is an annual online tournament series that pits representatives from various forum Mafia (aka Werewolf) communities against one another as they compete to determine the Internet’s greatest forum Mafia player. Each participating community democratically elects one person to represent them and become their “Champion”.

Season 1 ran in 2013-2014, while Season 2 and Season 3 ran in 2015 and 2016, respectively. As of Season 3, a total of 160 communities have been represented in the Mafia Championship, making it the largest cross-forum event on the Internet. People from all over participate in these games -- we have American, British, Australian, Danish, Romanian, Spanish, Italian, Swedish, Polish, German, etc. communities.

I hope that all this sounds very exciting to you guys :)

If you are interested in participating, just let me know here (you can volunteer or nominate someone else you think should play). I'll pop in regularly and answer any questions you guys have.

Cliffs:
- 150 communities will be participating -- hopefully you will be amongst those
- The setup this year: 15-man Mountainous (3 Mafia Goons vs. 12 Vanilla Townies)
- Qualifiers take place during May and June. So your rep would just need to have 2-3 weeks where they could play during either of those months (they play in just one qualifying game at whatever time suits them best).
- Your rep can choose between 12, 36, 48 or 72 hour Day Phases
- Your rep needs to make a minimum of 10 posts per Day Phase
- The activity will be much higher than what you're used to - expect maybe 500 posts per day the first few days
- Deadline for deciding on a rep/volunteering: April 23 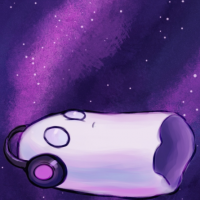 Yeah, I'm sorry I missed this completely, but if anyone sets up the next game, I am still willing to play. Seems like it died tho. 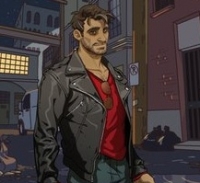