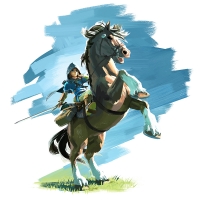 The Brazil Advisory Rating Board has rated Rime, the formerly Sony-owned PlayStation 4-exclusive from Tequila Works, for PlayStation 4, Xbox One, Switch, and PC.

When we last heard from Rime, Tequila Works had announced that it partnered with Greybox and Six Foot to publish the game in 2017. More details are due out in early 2017.

That's in the gaming discussion, I think it's ok since this is strictly Nintendo Discussion.

I'm not sure why it matters to have a specifically Nintendo thread for the same topic. It's a multiplatform game, thus it belongs in gaming discussion.

Does anyone know if we have a Nintendo Switch Software line up thread? That could be useful. I can definitely see why people would want to discuss the Switch version seperately.

It's up to the MOD's if they want to close the thread.

I understand the desire for a separate thread here (since 3rd party support being a hot topic for the Switch), but i think it'd be best for us to keep discussion to the original general thread http://gamrconnect.vgchartz.com/thread.php?id=223594