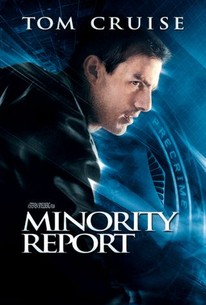 Minority Report is a 2002 American cyberpunk action mystery-thriller film directed bySteven Spielberg and loosely based on the short story of the same name by Philip K. Dick. It is set primarily in Washington, D.C., and Northern Virginia in the year 2054, where "PreCrime", a specialized police department, apprehends criminals based onforeknowledge provided by three psychics called "precogs". The cast includes Tom Cruise as Chief of PreCrime John Anderton, Colin Farrell as Department of Justice agent Danny Witwer, Samantha Morton as the senior precog Agatha, and Max von Sydow as Anderton's superior Lamar Burgess. The film combines elements of tech noir, whodunit,thriller and science fiction genres, as well as a traditional chase film, as the main protagonist is accused of a crime he has not committed and becomes a fugitive.

The movie is amazing.

Spoilers alert from now on...

Now, the movie ends with Cruise finding the man that kidnapped his son.

Whoever, when he finds the so called killer, there are hundreds of incriminating pictures and the murder confess to him that he killed his son.

Cruise suspects something is off.

Turns out the dude cutted out a deal with the real bad guys, that want Cruise to prove the Pre-Crime thing works. He is not the real killer, just a dying man trying to get his family security or something.

Well, when there are too much evidence of something, well prepared with a nice bow-tie to us to see, something is probably off.

So, here is my dystopia fan-fic based in Minority Report: 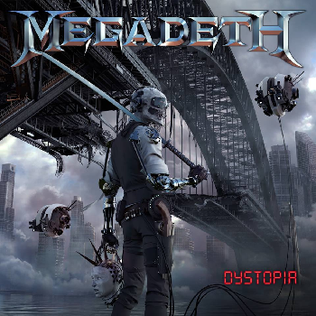 Imagine a scandal like the so called italian food scandal we had in the last week... Tons of people reporting it, but the MSM has the integrity of denying such crazy accusations.

And... This time the MSM is RIGHT.

Something is off with it... It is Minority Report levels of evidence, evil pictures, incriminating e-mails, photos and videos of people talking about the evil deed.

Way too widespread and way too nicely put.

However, recently the MSM and the Elite suffered a very real blow from the Alternative Media, the free thinkers, the bloggers, Youtubers, the voices crying in the wilderness.

Even with all the MSM fanfarre, their horse lost the race.

If you had trillions of dollars to spare and you found out things are getting out of your hands, what would you do?

How do you catch a mouse?

You put a delicious, easy to get piece of cheese very near where the mouse lives. Excited he rushes to it.

Then... You anihilate him in the trap.

So, what I am saying is: if the people that caused so much trouble to the elite this year start to chase a piece of cheese that seems to perfect to be true...

Then it may turn the tides once again to the MSM, can´t it?

Here is how I see it my fan-fic dystopian movie ending:

Tons of youtubers, bloggers, alternative media people, all of them go after the most disgusting and filled with evidence crimes ever.

But turns out the so called criminal was just a weird guy, not a real criminal at all.

However, the witch hunt ends in a big tragedy.

So, what does the government and the tech giants have to do?

To stop the evil alternative media once and for all.

If you are not a SJW, a cat meowing or a Let´s Play, you have no place in Youtube, Facebook or Foruns...

How´s that for a fan fic?

How about you? What is your favorite dystopia movie or series? Walking Dead? Elysium? Maybe Waterworld?

This is your last warning...stop creating conspiracy threads on here.