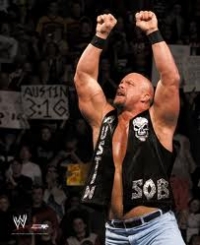 sweet now this MIGHT help sales (2k more a week) =]

Awesome... a MORE expensive PS3! That should help sales ;)

we all know ps3 is too cheap now. only way to push sales is to increase the price 0.o

That's for Korea. I dunno how much the PS3 "now-middle-of-the-pack" version costs there - does anyone know?

Somehow I doubt the 573$ includes the discount. Korea may just have overall cheaper PS3 costs.

Edit: A quick look at the specs reveals the only difference between the "rest-of-the-world" and the Korean versions of the PS3 is the hard disk space. Most likely, there is no "elite" version; rather, the 80gb hard drive will become standard worldwide pretty soon (provided they sell the other 60gb versions first!).

You dun increase cost by giving a larger HDD. Obsolete 60gb are more expensive than 80gb(mass production). Build a system with EDO ram, and I am sure that 512mb of EDO will cost more than a 7800GT.

How can they phase in a new standard harddrive with some 2-3 million unsold units in circulation, which are unlikely to sell-through until Fall?

a good thread title must be hard do do. bigger hdd for Korea makes sense, they love their add on download mirco transastions stuff.