PS4
PS3
PSP- broken now, but I still have there for some reason.

I play a couple of games on pc sometimes, but I dont hink it counts since its very rare I play on it.

I don't have an Xbox or PS1 anymore though.

I've had a lot of iPhones. I'm not sure where they count in all this.

PS4, X1, PS3. Also own PSP and PC but nowadays my use of them is nonexistent and has been for nearly 2 years. I'll leave it up to you to decide. 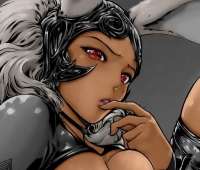 Atari 2600
Intellivision
Coleco Gemini (not sure if clone console counts)

Consoles I still own:

shame the OP didn't update the thread or fix the numbered bullets in the OP message, could have been a decent thread.

TOTALLY NOT A NECRO BUMP BECAUSE IT'S MY THREAD but I just finished tallying number. Sorry for the delay.

I'll get the final numbers out ASAP, but for now... I bed.