https://www.kickstarter.com/projects/nuchallenger/treachery-in-beatdown-city-a-tactical-beat-em-up
My good friend has been working on a PSVita/Steam game called Treachery in Beatdown City.  It's been a long road for Manny and Shaun and development gone much longer than expected. They are losing sanity and need your help to become sane once more. The started off as a Streets of Rage and a Final Fight reboot but turned into more a tribute to those games with a twist. It has a Mario 3 type over world and a combat system similar to Fallout 3. Manny and Shaun worked for R* games for many years. Rubbed shoulders and friends with many top names. Manny is deathly afraid of Mario's creator...let him tell you that story.

It's 20XX and world stability is in danger. The US President Barak Orama travels to East Fulton to attend a summit at the UN, but is kidnapped during his speech.

A mysterious group, the Ninja Dragon Terrorist organization takes responsibility for the kidnapping, demanding $1 trillion for the safe return of the president.

The corrupt billionaire mayor of East Fulton, Mike Moneybags, won't let the police investigate unless the federal government pays the city billions of dollars in relief.

The dutiful chief of police, Antonio Santiago, calls his daughter and two friends to investigate in his stead. He needs to find out what is going on, although in the back of his mind, something about all of this just isn't right...

Welcome to Treachery in Beatdown City, a beat ‘em up game like no other.

Designed by fans/critics of the genre: We LOVE brawlers, but they have problems, right? We’re here to reinvent the way you play a side scrolling beat ‘em up because we want to grow the genre!

Tactical Brawling: Use real time movement to walk around the arena, and even use some real time attacks to break open a few garbage cans or mailboxes for health or other items. When it comes to attacking, your COMBO menu becomes your best tool.

Using a combination of Fight Points (FP) and combo meter, players of all skill types can choose up to 3 moves out of dozens of moves that will be learned over the course of the adventure to create any number of unique combinations of attacks.

Combine strikes with grapples, or do multiple grapple moves in a row. It's your choice!

Over 26 unique enemies and growing! : Enemies look different, walk differently and all have their own unique ways of attacking. The only repetition in attacks is that there are only so many ways that a person can throw a punch. Enemies range from fast and agile to slow, lumbering and extremely powerful. Some will charge you, others will play keep away.
Plus many more to come!


Enemies are broken down into class types.

Grunts have regular attacks, but also usually have 1 or 2 hidden super strong attacks.

Grapplers focus on throwing the player.

Support characters taunt and cheer in the fight to cast buffs on your foes and give them an advantage.

Giants have super strong offense, but are often on the slower side.

These class types make fighting mixed groups of enemies a real challenge. And enemies can take on sub classes, so there can be a Giant Support with enormous amounts of HP and high evade or a grappler grunt who has strong strikes as well as strong grapples!

The possibilities are endless!

Learn a large array of new moves as the game goes on! – Moves aren’t in just for the sake of adding moves, as every attack, defensive maneuver and combo is tested and included only if it adds to the fighting mechanics in a positive way.

Shawn began doing in depth analysis of fighting in games years ago both for work and on his own time, and it became more and more evident that the only thing to satiate that would be to build his own unique brawler.

Manny A. Marcano (@cavaliergames) is the coder and co-designer on Treachery in Beatdown City, having initially built a prototype with Shawn in Gamemaker to make sure they both weren't out of their minds creating a turn based beat 'em up.

Manny grew up playing all manner of RPGs, beating complex games at the age of 4. He takes pride in building the stats that drive Treachery in Beatdown Cities unique battles.

Before working on Treachery in Beatdown City Manny worked at Take Two and Rockstar Games on The Darkness, Bioshock & Max Payne 3 in a number of roles

Diana Santiago (@deeluxdi) designed Lisa, the female protagonist, makes all of the beautiful non-digital art assets for the game and serves as the producer. She also created those lenticular business cards that Shawn carries around, in case you've ever seen them.

She has her Masters in Fine Art and she is also a performance artist and co-creator of the web series Supertight. She had been married to Shawn for just 6 months before development of Treachery in Beatdown City became a full time thing, when the prototype was in full swing. Some interesting ideas, but no beat em' up fan would compare this to Final Fight or Streets of Rage. 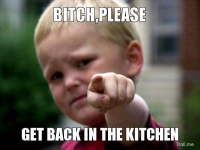 Been a beat em fan for over 20 years and I did and so did they. They have much experience from R* games. I can't speak for Shaun personally but I'm sure he's played plenty  but the other guy has played maybe more games than the times I took a piss in my 31 years on this earth. They originally wanted it as a pitch to be a reboot of sorts to those series or a sequel but turned into it's own game. It also has many references to other games like Double Dragon and nods to games like Bad Dudes and just general nods to culture of the era.