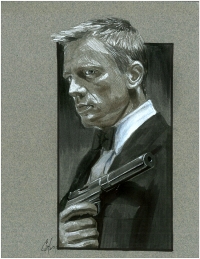 More than half of subscribers - approximately 5.5 million - are located in Asia, with more than 2 million in Europe and over 2.5 million in North America. Blizzard's subscriber figures includes those who have paid a subscription fee or own an active prepaid card as well as those within their first free month of access.

"It's very gratifying to see gamers around the world continuing to show such enthusiasm and support for World of Warcraft," said Blizzard CEO and cofounder Mike Morhaime.

"We're always pleased to welcome new players to the game, and we're looking forward to sharing the next major content update with the entire community in the months ahead."

The Burning Crusade holds the record for fastest-selling PC game of all time, with nearly 2.4 million copies sold in its first 24 hours of availability and approximately 3.5 million in its first month according to Blizzard.

WOW is currently available in seven languages, with a Russian version in development and scheduled for release later this year. Development is also underway on a second expansion pack, Wrath of the Lich King."

Guess we need to update our WoW numbers here.


Think twice before helping a friend in need.

This game is hot in China....It irritates me because I am not interested in that game :( Never can talk with someone about a other game over there...*Cries*

Don't hate on me But why is WoW so Popular??

Is it because pretty much any Computer can play it?

i play this game and it just bored the hell out of me...

Prediction:
EA will buy as many Companies they can,so they can make a super Console that
will have the most exclusive games, and Will win the next GEN

Because, well for one like you said almost any computer can play it, another thing is a lot of people know people that play it (10 of my friends play) and also the game is a lot of fun I think. Its more fun when you play with friends and don't think as much about leveling.

And I agree, Daiblo 2 rules!  I used to play that game all the time.

For those who say PC gaming is dying:

Unless something crazy happens, it's quite likely that Blizzard will make more money than EA, Konami, Sega, Ubisoft, Squaresoft, and Take Two combined this year, with plenty of room to spare.