Wii U will be released before the end of the year but it's clear to see that Nintendo hasn't given up on Wii after Inazuma 11 Strikers was announced for the console during Nintendo Direct. The release date is set for 28 September.

Those who have played Inazuma 11 on DS will know that it mixes football and role-playing in a game unlike any other. However, Inazuma 11 Strikers promises to be more focused on the action.

I realy  need to get into this series, sounds like a football game I'll like
EDIT: Can't seem to embed the trailer, here it is: http://www.youtube.com/watch?v=txNEpaC733I&feature=player_embedded

This gives me high hopes for the 3DS games.

Second one is out this year in japan! Going to be big there.

It's been really wonderful to see how consistantly NoE and NoJ have supported Wii with games.

Never played any of the Inazuma games but it looks like fun.

What is wrong with Nintendo of Americ. Europe is taking chances, keeping the console relevant, and doing the heavy work by translating this titles and NoA just drops the ball and does not bring the titles to our continent.

We need a japanese guy in charge of NoA, someone well connected with the gamers needs.

I agree. And named Satoru too. Both Japan and Europe have their own Satorus - Satoru Iwata and Satoru Shibata

Now is time for Satoru Reggie

added a link to the trailer in the op, can't seem to embed it for some reason 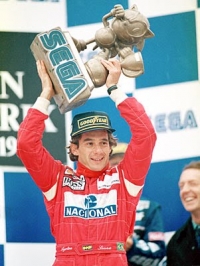 With digital distribution I will be able to purchase PAL titles no mater where I live.

Actually, that's a idea.   NoE has been head and shoulders above NoA for Wii support all generation (and NoJ even more so).  The only game NoE missed out on was Excitbots which no one here bought anyway.

I'm not convinced to buy a WiiU but if I do I'll seriously considering importing it.

I swear every game in the past 18 months has been the 'Wii's Swan-song' :P

Because we always though it is the last one to launch and then BAM!, Nintendo of Europe confirms that another game that no one though it was going to come outside of Japan is confirmed. First Xenoblade, then Last Story, after that Pandora's Tower, later Fatal Frame 2, and now Inazuma Eleven.