Just saw this video on youtube and it brings back so many memories, this is exactly how I imagined it when I was playing with my army men as a kid 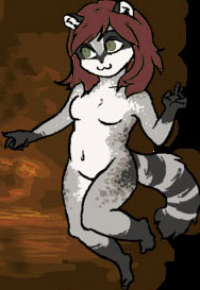 Funny how we were just discussing childhood memories. Oh wow does this vid take me back.

I used to play with simple blocks and make forts for my army men back in the day. Funny how about 10 dollars in material could keep me entertained for so long. I need to tap into my imagination more to keep my spending down.

didn't have army men.... played with saint seiya figurines, it was fun, the armor was flying off everywhere... then I sold them and now they are worth a fortune ^^

Hehe, yeah, well. My dad was an alcoholic who cared shit about me. XDD But I assume from the kids' points-of-few it's pretty much fun.

Other than that, I loved building fortresses and stuff. I was never much into destroying or "killing".

Yeah I was alluding to the fact how kids imagine the most awesome things from the simplest toys. I used to create giant car crashes and such from basic trucks and hot wheel cars and it was the most fun thing I can remember doing. TV taught me more than my parents ever did.. especially The Simpsons and Seinfeld.

I had these too....but I remember them losing their limbs gradually until they eventually disappeared >_>. in fact, I remember perfectly of a scene in which I tried to mimic an epic cliff hanging scenario by making one figurine "hang on" to the edge of the table while another one down below "grabbing" its legs, that might explain how they lost their limbs

I was really into creating awesome and epic scenarios with my toys, almost all of them suffered some degree of fatality until I was 10 years old.

That was pretty cool.