If Donkey Kong Country: Returns has managed to sell over 4 million units it sounds logical that an hypothetical Diddy Kong Racing Wii would have sold even more since Mario Kart Wii has established a huge fanbase for this kind of games.

Do we have other examples  of huge selling games that never got a sequel? I thought that box art was so cool back in the day.  Now, it's kinda scary looking.

Diddy Kong Racing is the greatest tragedy of this modern age, one of the most spectacular games of all time and it doesn't even get a sequel, a remake or a re-release.

OP: Bully, it wasn't a mega hit, but it was critically acclaimed and it's sold around three million units (Chartz doesn't have the right data). It deserves a sequel, but because it didn't hit those high Rockstar sales standards, it was put aside so Rockstar could print money with GTA and Red Dead.

Luigi's Mansion, it's one of the greatest launch games of all time and it was of the best Gamecube games I had, played through it twice. So good. It also sold over 3.5 million units. 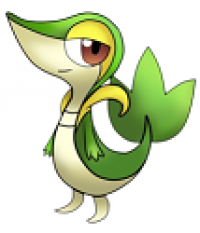 When has nintendo ever milked a franchise? i thought activision only did that

It got a DS version.

DS isn't a real console, it isn't worth the treads left behind Diddky Kongs cart. Car games on the DS bug me, using a D-Pad to steer is pre-historic. I'll look up Youtube videos, but I doubt it'll make me dust off my old DS.

Still needs a sequel though, I'd buy a 3DS or Wii without hesitation if Diddy Kong Racing 2 was being developed.

The best Mario Karts have been on handhelds.

Borderlands out of all the new next gen games out is the one that needs a sequel based on sales and reception, which I'm sure it will get within the next year or two. It's at 2.33 million and climbing on the 360 and had a GOTY edition released recently.

Wii Music despite getting bad reviews and laughed at by a lot of people is nearly at 3 million itself.

PS3 is obviously Heavy Rain at 1.70 million and climbing.

I've played Mario Kart DS, it could really benefit from an analogue stick, though, that's oviously my opinion and I'm sure others would disagree.