Check this out, Sony just filed a patent for a very suspicious site:

“computer hardware, set top boxes, remote controls, and computer software and peripherals, namely audio and video receivers and transmitters and computer software programs enabling receipt, download, playing, personalized and interactive viewing, and rental of audio and video programming through the use of internet connections to computer hardware, receiver and transmitter apparatuses that connect to a television set or monitor”;

Would be funny if it is. That's about the best cheap Chinese knockoff name they could have come up with.

Wow, when is Sony going to do something original? I thought Home was going to be the new myspace...

Home is the new Second Life. Mezone is the new Myspace. I don't think originality is a relevant issue.

all you guys are forgetting that this may be a placeholder name for the actual domain. Trying to not risk the same pre-mature revealing that Home got.

Compared to what the other rivals are doing in this category, its more original than you think. 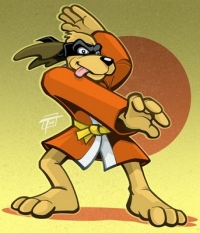