Forums - Gaming Discussion - Wlii the PS3 get adjusted down again once it passes the 360 in others?

^ wut do you guys think?

All I know is if another massive adjustment happens this place will erupt. Don't toy with us anymore! :P

no i do not think so, and no one is toying with you, rather trying to get the correct numbers >_ 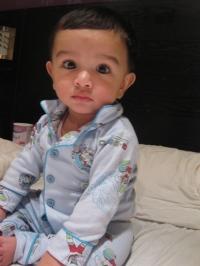 it would be the 3rd time I believe.
I think big thresholds like that may be tough to cross.

Like if PS3 shrinks the world wide gap below 5.3 or whatever the gap was at the PS3's launch (the smallest its ever been), you would assume that Sony would put out an announcement claiming something to the effect of: "PS3 is closer to 360 than ever before, nipping at its heels"

and when no announcement comes, then adjustments may be in order.

but regardless, When the PS3 passes 360 again in others, I do not expect another adjustment for the simple fact that, for every adjustment, that should mean the numbers should not have to be adjusted that much more in the future.

does that make any sense?

yes, yes it will

lol, no i think it's for real this time.