Snake612 on 12 June 2008
Real Talk:June 12, 2008
Hi, I'm Snake 612 and this is "Real Talk."Today, I'm a give you my thoughts on the latest ingaming and consoles. First, you already know I'm gonna talk about Metal Gear Solid 4.
Metal Gear Solid 4: Guns Of the Patriots
One of the most highly anticipated game is here. That's right Snake is back for his final mission. Hideo Kojima, the creator of the game, announced that this will be the last Metal Gear game in the series. The series began 20 years ago and the first metal gear on the playstation about 10 years ago.
Real Talk: This game is awesome and I've been waiting for this game for years. I couldn't believe the 80gb sold out in 5 minutes. One word (DAMN !!!) I guarantee you this game will sell like crazy. Forget the 90 minute cutscenes, its worth playing for 24 hours! I agree with what everyone says, PS3 domination has just begun. To all 360 owners, if you thought that this game would be on the 360, you are in the TWILIGHT ZONE! This game will never EVVVVVVVVVVVVVVVVVVVVVVVVVVVVVVVVVVVVVVVVVVVVVVVVVERRRRRRRRRRRRRRRRRRR be on the 360. If you have a PS3, this game is must buy for the summer. I read one comment from some guy on best buy and he said the pros and cons of this game is Pros: Its amazing, Cons: I may lose my job because I missed work to play this game. Now thats Real!My last thoughts on this game is Metal Gear Solid 4 is going to be the hottest game of the summer! I going to buy this game myself tomorrow.
Here's a video I got on Metal Gear Solid 4. Its a ign inter view with the man himself, Hideo Kojima. He talks about all the hot features of the game. To see this video go to Real Talk with Snake612: June 12, 2008 page 2. Metal Gear Solid 4 is available now for the Playstation 3. 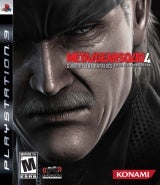 My next Video game i'll be talking about is Ninja Gaiden II for the XBOX 360.
Ninja Gaiden II
Ninja Gaiden II is a third-person action game available exclusively for the 360. The game is sequel to Ninja Gaiden for the Xbox. This game is a must have. Ninja Gaiden has sold over 200,00 copies already. The game is about how must you as the player must protect the main character Ryu Hayabusa so he can avenge his clan and prevent the destruction of the human race. The features in this game are auto-generation health system, new enemies and locales and amazing thrilling combat.
REAL TALK: I'm not much of a 360 fan but i would reccomend this game to 360 owners who don't have it. The gameplay is absolutely amazing and battle scenes are dead on. This is game that should be on your list of summer games for the 360. It so much of an improvement to NInja Gaiden on the XBOX. If your a 360 owner go buy this game! Ninja Gaiden II is now available for the Xbox 360. 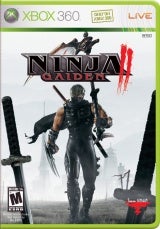 Here's some screen shots of the game. 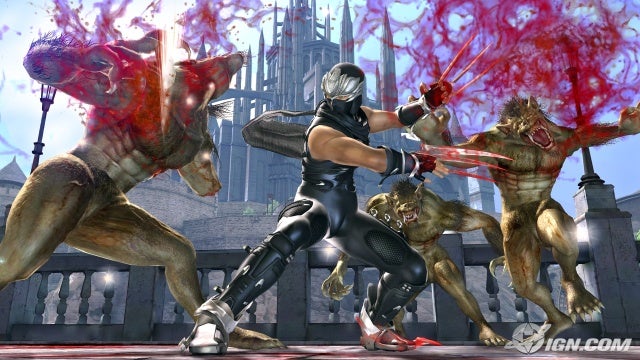 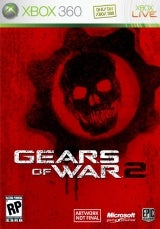 Gears of War 2; Gears of war 2 is an highly anticipated exclusive for the 360.The Third person Shooter is a sequel to one of the top selling games on the 360. Gears of War 2 continues the storyline abou Marc Fenix and the Cogs returning to action to fight an increasingly desperate battle. The game provides multiplayer mode and brand new and modified weapons like the Gorgon Burst Pistol, Scorcher Flamethrower,Lancer Assault Rifler and more. Gears of War2 is set for an November 2008 release.
REAL TALK: This game is going to ridculous. The multiplayer mode looks pretty good. Its an outstanding improvement from the first game in the series. The first Gears of war2 has sold 5 million copies worlwide so far. I can just imagine what Gears of war 2 will sell. This game will also face tough competition. It's rival Resistance 2 exclusive for the ps3 is set for an November release as well. These two games will go head in sales and what the game can provide. For example Gears Of War 2's multiplayer mode v.s. Resistance 2's number of online players (which happens to be 60).
The next game I'll be talking about is Rygar: the Battle of Argus for the WII
Rygar: The Battle of Argus
Rygar the Battle of Argus is an action game for The NIntendo Wii. Now there's not much information yet on this game. However it seems like a great game for the WII. The Wii at this point don't have games like this. Rygar the battle of Argus is set for an August 2008 release
REAL TALK: I don't know much about this game but it looks like it going to be great. If you got the wii, this looks like a game that will last you for the summer in my opinion.
Next i have a list of games that are must have for the summer.
1) Metal Gear Solid 4: Guns of the Patriots 2)Rygar: The Battle of Argus 3) Ninja Gaiden II  4) Wii Fit
WELL That's It for me i hope you enjoyed, if you didn't it will be better next thursday. So for now see ya later!
NOW THAT"S REAL!
Real Talk/Snake612 Productions Copyright 2008 All Rights Resevered

That's quite a link you got there.

Probly not a good idea to link to an MGS4 video on Youtube...

Yes! The moment we've all been waiting for!

That was pretty good. It should get better every time you make a new one.

Not bad :) Btw, Rygar comes out next year IIRC. It won't be out this Summer.

Make sure your next talk features Tales of Symphonia: Dawn of the New World ;)

I can die now, i was there when snake brought us REAL TALK! THANK YOU !

Not tryingto derail your thread, but why does he have a cameltoe?

shameless, you can go to hell. That's where all your family and friends live. Excuse me for my mistake you have no friends.