" Super Nintendo World is slated to open this summer in Osaka, featuring a Power Up Band wearable that lets visitors collect coins and battle bosses while exploring a physical environment. Users track their progress via a smartphone app, according to the theme park operator owned by NBCUniversal LLC. 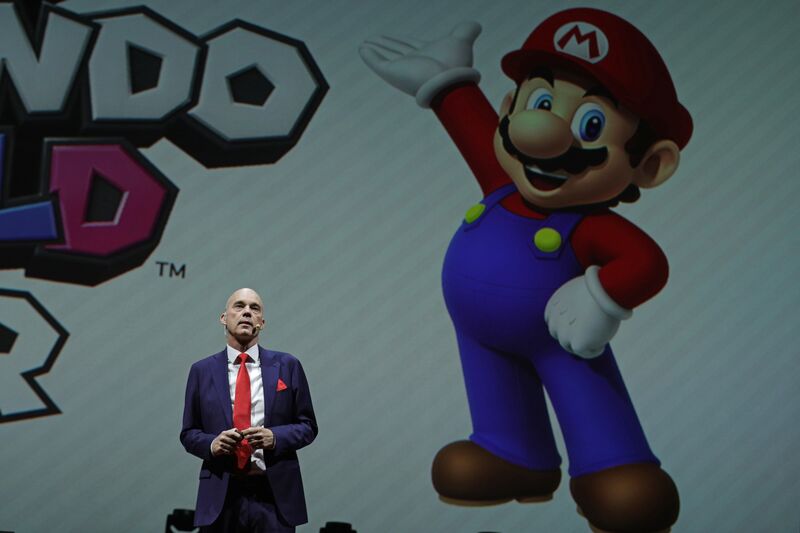 “Super Nintendo World will provide an experience you cannot have anywhere else,” USJ Chief Executive Officer J. L. Bonnier said at a briefing in Osaka on Tuesday. He wouldn’t divulge further details about rides or other digital offerings, or when they will be available.

Little is known about the attraction, which amounts to a mini theme park developed with Super Mario creator Shigeru Miyamoto. Universal Studios hinted it will follow classic Nintendo game themes, revolving around a mission to recover a golden mushroom stolen by Bowser Jr., a perennial Mario antagonist. The attraction will also house familiar game locations including the Mushroom Kingdom, Mario Kart, Peach’s Castle and Bowser’s Fortress. Super Nintendo World will also make it to the operator’s parks in Hollywood, Orlando and Singapore, though no dates are available.

Nintendo’s late President, Satoru Iwata, first announced plans for a theme park in May 2015 as part of a broader opening-up of the company’s iconic characters for use beyond its own devices. At the time, the move prompted speculation that the Kyoto-based game maker may follow Walt Disney Co.’s strategy when it comes to maximizing the value of their intellectual properties. Since then, Nintendo has launched a number of smartphone games, including a free-to-play version of the Mario Kart franchise, but making hit titles exclusive to its own hardware is still the core business."

Sounds fun, if I end up in Osaka at some point I'll have to check it out.

I like new experiences, all the best of luck to this endeavor.

" Beat the shit out of that guy wearing a mascot costume of Wario to gain 200 points ! Here we goooooo !!"

This is our future guys

This press release helps. Thanks. I saw this Nintendo ad this morning and all I could tell was it was a Universal park attraction that was Nintendo themed. Now I can tell what they are really getting at. From what I can tell it will only be available in the Japan park though, at least in the near future.

Any word on what games besides Mario will be represented?