Well indeed Phil Spencer seems allergic to VR and have issues with Isolated nature of VR, It doesn't mean The company it self hate VR. Event they are now researching on Hollo Lens and supporting windows mixed reality . This patent also shows that Microsoft has the patent 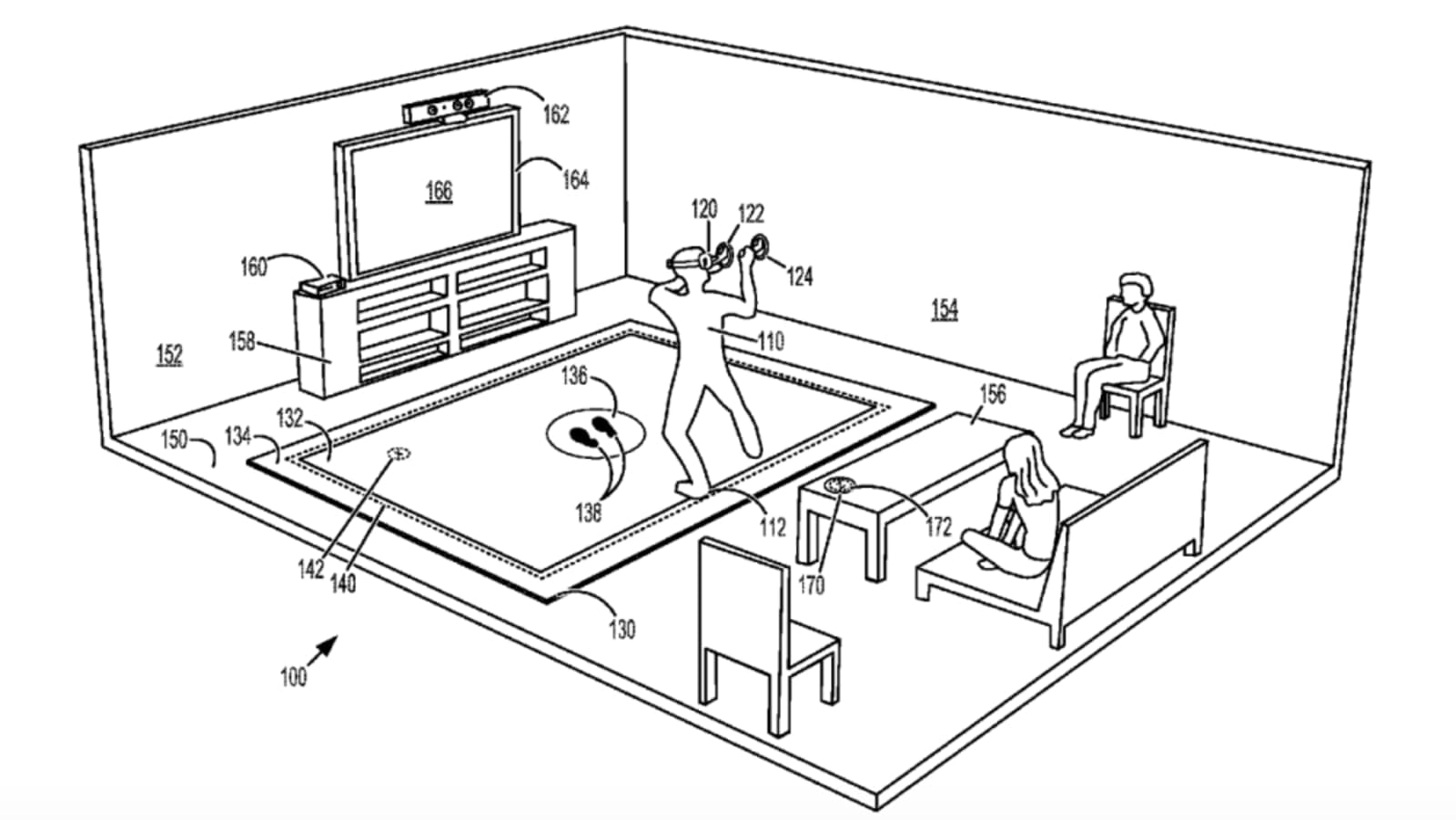 " Microsoft has filed a patent for a floor mat that could prevent you from crashing into furniture while you're exploring new worlds in virtual reality. It's also an indicator the company is still interested in bringing VR to the Xbox ecosystem, after it axed virtual reality plans for Xbox One.

"In some examples, [the] computing device may take the form of a gaming console, and [the head-mounted display] and peripheral control devices [...] may be peripheral to the gaming console," it wrote in the filing, while the illustrations depict an Xbox as well as a Kinect.

While some VR systems warn users when they're straying outside of their safe play space, there's still a chance they could hit surrounding objects, potentially damaging items or injuring themselves. Some VR users already employ a floor mat to give them a tactile sense of their space, as Variety notes, but Microsoft explained its mat could include markers a VR headset would scan to establish or adjust a safe zone.

The application also discusses markers for a start position you'd stand on before hopping into VR as well as pressure sensors for the mat. In addition, Microsoft suggests it could provide haptic feedback through vibrations.

If you reckon you wouldn't have sufficient square footage for the mat in your gaming space, Microsoft might have an answer for that. One idea the patent spells out is that the mat may be available as interlocking floor tiles, so you could set it up as you please."

Strange. Do they think this peripheral will make VR a communal experience?

They said they're not going to focus on VR. Those lying mofos!

They will sell as accessory on PS5 where PSVR2 will sell healthily.

How is xbox PR this bad?
Everyime they come out with some PR comments, isnt long before its either retracted, proved wrong, or contradited ?

Just read this article https://stevivor.com/news/xcloud-exclusive-games/ and then read the update , they are even confused by their own statement.