Forums - Sony Discussion - Will a collaboration with Kojima be announced at PlayStation Experience?

I'm not sure about this, but if you think about all the evidence maybe there's a possibility that Kojima will work with Sony and the thing could be announced at PSX.

We know that Kojima left Konami, even if the company is denying it, that picture of the farewell party is proof of this. We also recently knew that Donna Burke said that Kojima's new project will be revealed soon and the director is based in Tokyo. This is demonstrated by the fact that the contract between Kojima and Konami will expire at the end of this year, so it seems natural that we won't have to wait long to hear about Kojima's new works.

Last but not the least, Sony and Kojima always have had a great relationship and Kaz's company is one of the few that could give Kojima all the money and creative freedom he needs.

So I think there's a 50% probability that it might happen.

50% is optimistic. Dudes still contracted to Konami currently so even if he wanted too he'd be in some strife if he did. He can't just start a project with Sony until after his contract runs out.

Well, Kojima working for Sony would seem "logical", but we never know. Other japanese devs could hire him, he could become an indie, or even work in movies...

I hope we'll find out soon!

I'd expect he start his own studio and have Sony be his main publisher.

There is nothing indicating this.As far as we know, he could join Square.We will probably hear nothing for Kojima in a long while(excluding the possibility of he saying something about his future in VGA)

Seems like it would make sense. His name carries the most weight on Playstation. Thats doesn't seem to be the kind of thing that matters to Kojima tho.

Actually I think you can announce in which company you are planning to work for even before a contract expires. Or maybe japanese contracts are different and I'm wrong.

That would be awesome news! But i want to believe that its 50/50 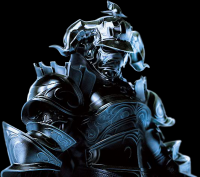 This would be so favourable a scenario for Sony that it seems too good to be true lol. It's funny how if you look at sport as an example. If an NFL coach of Kojima's equal standing got sacked, clubs would be trying to snatch him up straight away. So the question is, has Kojima made a deal with a platform holder, a 3rd party publisher or is he starting an indie studio. Or is he retiring as he often says he is (I doubt this as he probably feels like he wants to retire on his own terms).

Quite frankly I think Kojima is a little bit of a risk to contract. Probably a risk worth taking, but Kojima does seem like a little bit of a diva. Huge fan and I've played every Metal Gear game there is and consider MGS3 to be a Top 5 game ever to be made - but from what I'm reading, it seems like MGS5 was not even be profitable based on how absurdly big his vision for the game was. There's nothing wrong with having a big vision and wanting to innovate, but you have to innovate and develop within the constraints of your budget and it seems like Kojima exceeded that budget. They then had to supplement what became Ground Zeroes in order to cover the development costs. The point I'm getting is that this guy could be a problem child for anyone that contracts him, and again, I love Kojima and love his games. Like I'm just looking at it pragmatically. He knew at some point in his development of the game that he was exceeding the budget and basically didn't really care. Everything I've read suggests that 5 million units of MGS5 sold is not profitable.

I think Kojima's contract with Konami ends at the end of the year, so he won't be able to announce any future projects outside of Konami until 2016.