Well, since I'm finished with Metal Gear Solid V (though I might cave in and try the online portion, which seems fun, given that I wasn't able to try MGO2 when it was up), I've completed my travel through the saga, until of course Konami releases either VI or the Pachinko machine. In the meanwhile, and given that the story is pretty much finished, I'd like to share something that has been buggering me ever since Metal Gear Solid 3 came out. I've already discussed this matter with some people, but in such isolated cases I focused on certain characters. Now I want to point at it in its entirety.

Metal Gear's villains. What's the deal with them?

Listen, we don't need a cold-blooded psychopath killer in every game. I understand that puting a Kefka in every single videogame can be tiresome. Arguably, villains with strong intentions are much better that single-minded villains; especially those who can twist any situation or "give context" (if you catch my drift) in order to justify their actions.

The problem here is that we have the complete opposite. Almost every villain in Metal Gear ended up being glorified, completely justified and, in some instances, even surpass the "good" protagonists because...they're the real heroes...nanomachines...a weapon to surpass Metal Gear? On the left side, we have Revolver Ocelot: a sadistic and manipulative strategist, which is also well-versed in firearms and spaguetti western. He's also a rapist if you're the kind of player that isn't good at button mashing. On the right side, we have Big Boss: some dumb self-righteous bastard who almost set the whole world in fire with his nukes.

Well, that sounds pretty evil, right? Well, we're all wrong. Because, you see, these two ended up being the greatest beings ever conceived. The former ended up being a quadruple agent who happened to betray the KGB, the Soviet Army, the Ex-President of the United States and the CIA in order to save the world from a certain another villain. Then there's Big Boss, who comes out of nowhere in the MGS4 epilogue and says "damn I was wrong" and that's it, there he is ladies and gentlemen, that thing about destroying the world so that only the strongest remains is wiped in mere seconds to show us some fallen angel that misunderstood life. That thing about fighting his bare-handed son with a machine-gun? Wiped away too, obviously.

I don't have a problem with a "fallen angel" archetype, but that seems to be the staple thing of Metal Gear Solid. Psycho Mantis kinda redeemes himself after being defeated by Solid Snake. Sniper Wolf and Raven had some touching dying speeches. Thank God that Genome gunner from that MGS1 tank didn't wake up after being blown and say "man, I did it so that my family could eat" or something because seriously. 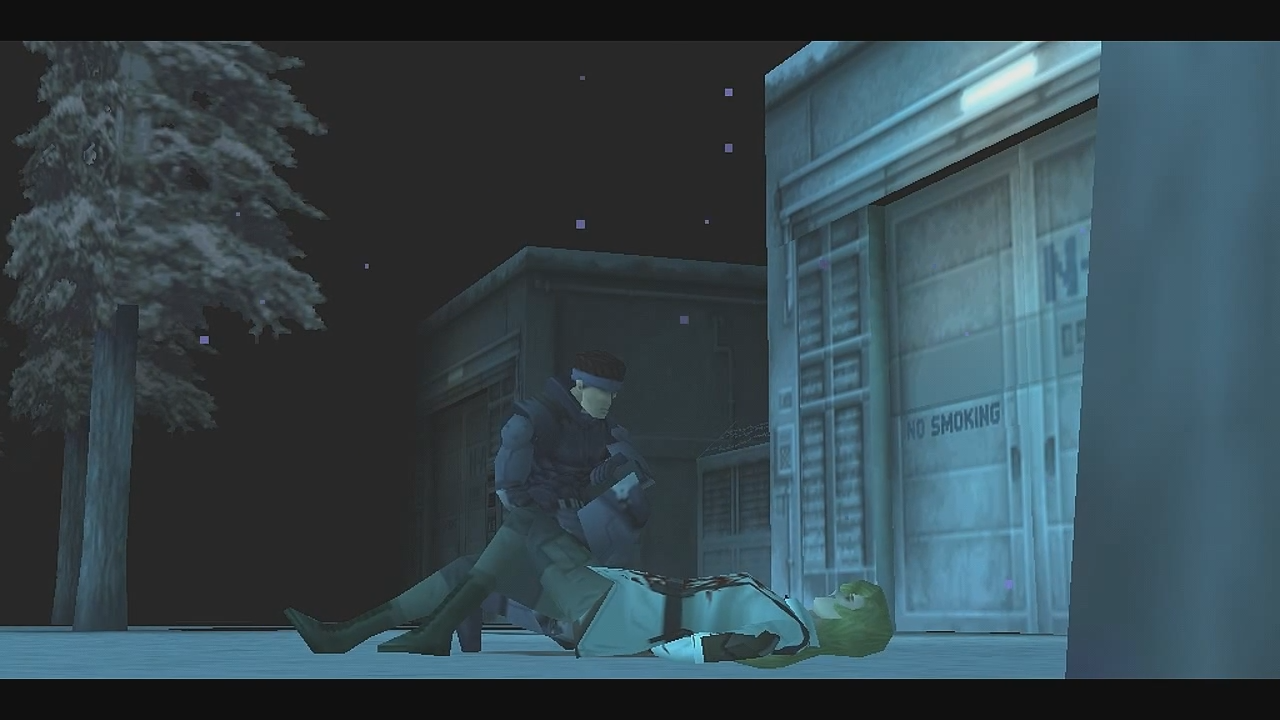 For some reason, Solidus Snake is portrayed like a son of a bitch, and his only screen time post-MGS2 is getting burned by, eh, Ocelot (a villain killing a villain, huh). Why? He stood against The Patriots. Sure, his methods were almost as extreme as Big Boss, but at least he tried facing the biggest villain all along (and not just have some personality swap somewhere in the middle of the franchise). But no, fuck him because child soldiers. Oh wait, Big Boss did that too. Eh, I guess MGS4 epilogue is so cool we can wipe away that too. At least Vamp and Fatman stood as a psychopath from beginning to end. I could concede those were great villains, although you could question their overall design. Fortune? Poor girl with daddy issues.

Then you could quote MGS3 villains are "evil", but my problem with that game is that it started the bullshit "show the human side of Big Boss", which eventually was the downfall of having a straight murderous bastard as the nemesis of the whole saga. Heck, do you remember that Raiden mockery Spetnaz Officer, Mayor Raikov? Apparently, even he gets justified in Portable Ops (never played that one) at a certain point in the story. Even him! At least Ocelot was kind of an arrogant and cocky that would eventually evolve into what we see in MGS1. That's it, of course, until he hits puberty: 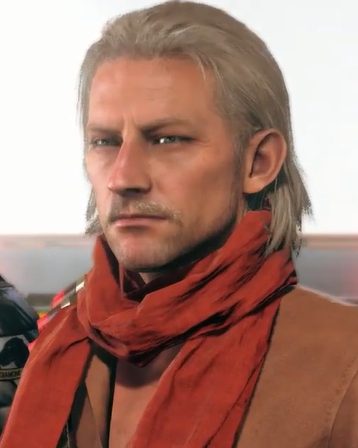 Nicest guy you'll come across in MGSV's Mother Base. Heck, he even has the audacity to call Huey for his own lies and phantoms. Seriously? Not only that, but while Kaz is all like "revenge kill blood murder everything that moves nine years lost played us like a damn fiddle" Ocelot is all calm and asking Snake to politely not kill people and bring them over to Mother Base.

Then there's also The Patriots, which eh...died over two hundred years ago but turned out they were some angry chief-in-command idea that eventually tried to control the world but...eh, who cares. Ocelot wanted you to destroy them and Big Boss kills Zero. Damn, those dudes are heroes!

So in the end, outside Vamp, there's only one single villain in the whole franchise that acted for his own selfish interest, and whose motivation was to surpass every single bastard that was better than him. I'm talking, obviously, about Liquid Snake.

A character that needs no further introduction: hated his daddy's guts and dreams, hated his brothers for having the better genes (which they actually didn't), and hated the world because he had to prove himself he was better than anyone else. He didn't even care for money or anything. He just wanted to watch the world burn. And I can understand that. I can respect that. There's no need to justify him. Ever since he was a child, all he cared was proving that he's better than the rest. The most "pure" of all villains, that was given some screentime in MGS2 until Kojima retconned it in MGS4 and said it was Ocelot all along. Was it so hard to leave things this way for most of the other guys? Is it a necessity to explore in-depth the backgrounds of every single one in order to compensate for all their actions? Man you don't know how glad I was that they didn't do some magic thing in MGS V to explain why Liquid was so angry all the time.

Oh, I'm also glad Kojima had the balls to make a certain other character one of the biggest son of a bitch of the whole franchise:

But, sure, Big Boss thought his Boss singing was good enough to burn the world and then later say "I'm sorry guys, forgive me". Meh.

End of the rant. Metal Gear is an amazing franchise with some amazing gaming moments and amazing plot twists. Just wanted to clear this because it's been inside me for too long.

That's all that needs to be said.

Depends if we're talking about villany levels, because Solid Snake is actually chastized if he kills too much, unlike Big Boss. xD

Big Boss gets haunted by the ghosts of the soldiers he kills in MSG3.

But that wasn't Big Boss. That was Nice Guy Naked Snake.

You are not done yet, you havent played Metal Gear 1 & 2

I didn't mention MG1 because the dude there wasn't Big Boss.

I didn't mention Gray Fox either because I'm honestly conflicted about that persona.

It's so stupid, Solid Snake has a couple of parts where he calls himself a killer and feels guilty about all the people he killed while Big Boss doesn't give a shit and somehow he is the "better guy".

Don't mention MGS V because that's you, not Big Boss, the main character.

I like the parts where Snake repeats everything else people say