After the events of Yakuza 2 in which Daigo Dojima is appointed sixth chairman of the Tojo Clan, Kazuma Kiryu moves to Okinawa in which he runs the Sunshine Orphanage, taking care of Haruka and other children.  With the announcement of a military base and resort deal, Daigo is shot because of his refusal to sell the land the Sunshine Orphanage is on.  With the sixth chairman in a coma, Kazuma must once again save the Tojo Clan, the only family he has ever known.  Yakuza 3 has a great story that is very text heavy and instead of just the politics surrounding the Tojo Clan, you're able to see a different side of Kazuma when with the children he cares for.  While handling the issues with the children, it shows that Kazuma has high moral values so pushes you closer to the character.  One problem  during the storyline is when at the orphanage, there are many extremely slow progressing stories due to having to go walk around town to find one kid or another, sometimes several times in a row before any story progresses, and its times like that which really kill the pace of the  game.

In Japan, random people will walk up to you and pick a fight, and Yakuza 3 is like the rest of the series.  You'll bash random businessmen, thugs, or yakuza's faces in and they'll give you gifts for the disgrace they've caused, just like in real life.  So Yakuza is like a simulation.  Kazuma plays almost exactly the same as the previous games in the series so if you've played those then you'll know what to expect.  At the start of the game you'll start with a single combo string that can do a two hit finisher depending on how many hits before you use a strong attack, you'll have an evade, and grab.  As you progress you'll gain different attacks and techniques.  Items, from a sword or gun that was dropped by an enemy to a bicycle or sign lying in the street, can be picked up off the ground and used as a weapon, or bought for long term use.

In Yakuza there is also what's called the heat gauge, which will continuously slowly drain, but will increase each time you damage an enemy. When your heat rises to either blue or red, there are a vast array of special attacks that can be done, many of them simply being environmental, but others can be acquired through gaining levels.  Kazuma can grab and opponent and smash their face into the wall, knee them in the face as they drop down and them stomp on their face, pick a bicycle over his head and throw it down on them, smash a create against their face and repeatedly strike their stomach, throw them over a ledge or down some stairs, and many others.  Almost every time you use a heat action, a quicktime event will activate deciding whether you'll do a minimum of one attack or multiple different attacks.  The quicktime events in the Yakuza series, even the boss specific quicktime events, aren't intrusive and work really well for the game.

Being RPG like, Kazuma can carry multiple items, such items that restore health and heat, weapons, accessories, etc.  An experience system that increases as you defeat enemies, finish quests, or eat food, allowing you to level up different styles to increase health/heat stats and learn different skills.  Equip different weapons and armor.  There are also many different locations to shop and spend your money, ranging from drug stores, pawn shops, bars, restaurants, etc.

A new element of gameplay added to the series is the chase mode.  Sometimes you'll have to either chase someone or escape from the police in a much faster dash across the environment.  While in chase mode, the pedestrians you bump into will waste time and cause you to lose stamina while the others will get further to you or further away.  Your objective is to chase them and make better turns than they make to catch up and charge into them repeatedly until their stamina is gone, or make sure that the same doesn't happen to you.  It may not be the best, but it does add a bit more variety to the game.

There may be a time where you don't want to go through the storyline and want to take a break of all the fighting and do other things in either Kamurocho or Okinawa.  There's all the quests you can do, but there are also the mini games.  Yakuza 3 has some similar games from the earlier titles but also has many different ones.  Pool, Bowling, Batting Cages, Karaoke, western gambling games like Blackjack, eastern gambling games, UFO catcher, Golf, and Boxcelios.  The mini games are all extremely well done and one of the hardest trophies to acquire in the game is to reach a certain goal for every single mini game. 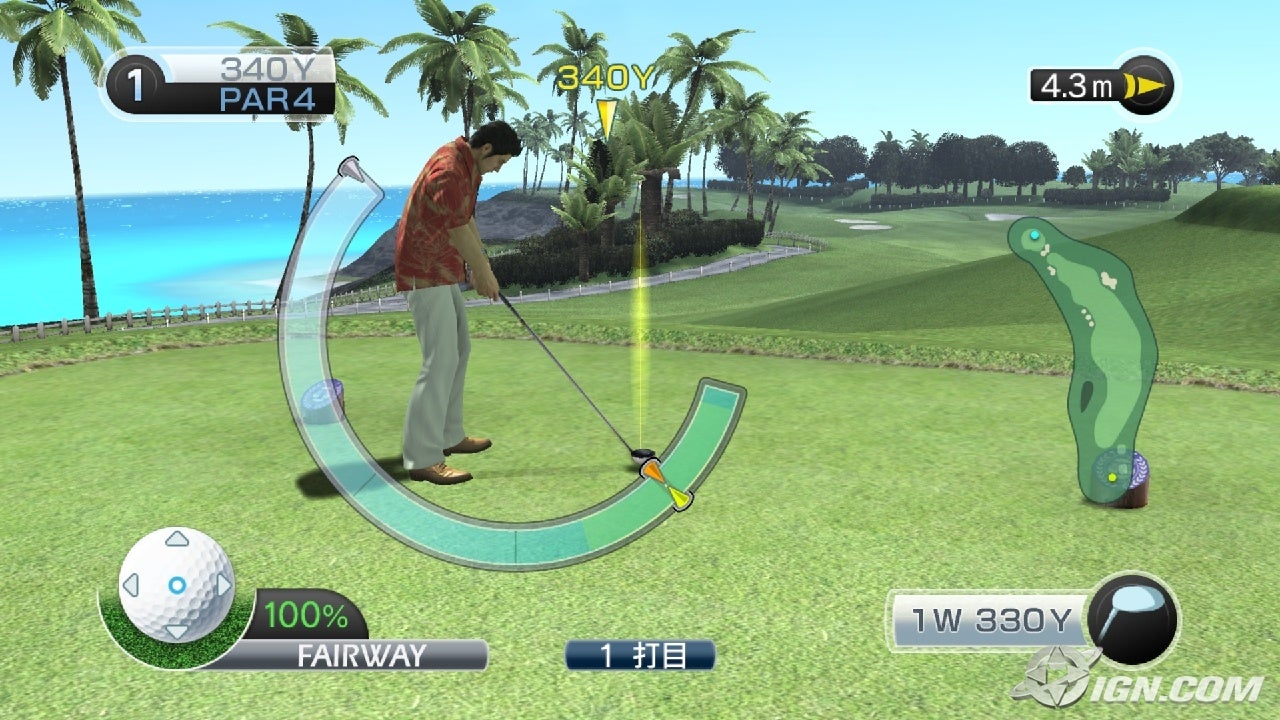 Tons of things to do, good gameplay, great story.  If you're a fan of beat em ups and want one with a large amount of content in an largely detailed world, then I'd recommend all of the Yakuza games.  If you're worried about missing any storyline from previous games, every Yakuza game after the first has a video for each game prior to its release, detailing the storyline of those games.

Gameplay video of the first few bosses.  Won't really ruin much if you're planning on playing it.  http://www.youtube.com/watch?v=LWK749b-m5w

The kuporeview inflation score.  8.6.  What the score would be if the average game was 7/10 like IGN, Gamestop, etc.  Since I don't inflate scores I came up with an equation to inflate my scores to make them similar to others.  http://gamrconnect.vgchartz.com/thread.php?id=177193&page=1#1

Good review. I want to get this game in the next few months after I wade my way through some other games.

Also if you're gonna make a positive review and still give it a 7, I recommend just leaving out the score since people will complain, even if you think the game is good :P

Well, my average is different from what people expect.  Anyways, I added something extra at the bottom of the first post to reflect that.  If  going by the journalist review scores, you could say that I underrate all games.  I think i more accurately rate them with the way I score.

This was the single biggest problem I've had with the game so far.  I really enjoy that they're making Kazuma a lot more likeable by seeing a different side to him with all these children but man, the bits at the orphanage where you have to go find child x and talk to them about y problem just really kills the pacing for me.

Rest of the game is ace, though.

I always wanted to try this series, but I'm a fucking lazy guy, too much work hence so little time

one of my favorite game.

It's no surprise that you felt that way, you heartless cur. Taichi is the fucking man.

As for killing the pacing, you can't kill what doesn't exist. We are talking about a series where you frequently sit through a 15 minute cutscene and finally regain control of your character, only to walk a few feet down the street... right into another cutscene. Ludicrous!

WHEN WILL YOU BE NICE TO ME!?!

I actually thought the pacing during the Okinawa bits I played during the first part were quite nicely paced.  Or at least, nothing I wasn't expecting compared to other JRPG's I've played.

When you make Hotline Miami 2 come out.

It's been a while since I played Yakuza 3, so it may not be until 4 or Dead Souls that it gets almost hilariously bad.