Guys, Persona 4 Golden has done it. The greatest game on Vita has reached 500,000 units sold, according to VGChartz! Now some of you may say that VGC is over tracking the game but you also have to realise that with Digital sales (which it has been discounted numerous times since release) it has likely passes this milestone weeks ago.

Honestly I can't think of a game that deserves as much success as P4G has had. Half a million may seem low compared to other games but for a Persona game, those sales are fantastic. Add in the fact that this game has sold his much on the VITA of all platforms and you get a sense of just how good these sales are.

For comparison, heres a chart showing how Persona 4 Golden compares to Persona 3 Portable. Remember, Vita's install base is 6m and the PSP's is 80m. Incredible. Also the original Persona 4 sold 840,000 copies according to VGC on a console that sold 157m.

Well deserved, and those numbers might get better with Vita TV.

Great sales. It can reach 600k eventually. Maybe even more!

It did well coming when it did in Vita's life. It ensured that it had better sales in the west than it would've done releasing this Christmas. Japanese sales would've suffered a bit in comparison (the console has gotten a lot stronger over there recently) so it's a trade off.

It's also overtracked in NA - I'm sure of that. But as you say, with digital sales it'll have reached there already.

Woo! One of the best games ive played

A great game. I hope P5 improves the RPG portion, though. The dungeons got a little monotonous. 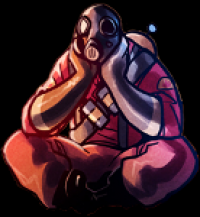