Forums - Microsoft Discussion - Voxel Cone Ray Tracing - When will we see this fully in Xbox One?

Ray Tracing the holy grail. No way possible on next gen machines. But Voxel Ray Tracing is natively built into Xbox One hardware in its Move Engine Co Processors.

The software DX 11.2 wasnt implemented fully until June this year for Xbox One. UE4 was not able to take advantage of this software upgrade for Xbox One. Theres no reason why it cant be added in the future.

It was a big hit at Siggraph and Unreal Engine 4 was initially based on it. Turns out they eventually had to strip it out(quietly) due to them not being able to get it up to speed on next generation consoles and mid-range PC's. However, There's also a plugin for Unity and it runs quite well. The data was being stored in a Sparse Voxel Octree. A 3D, layered, voxel grid. Traversing this grid is very slow.

To get round this original UE4 method????

Instead of using voxels to store the data, they're using a 3D texture. Like a cube, or a voxel, but stored as an array of 2D textures. Now it was fast, but this had some problems of its own.


The 3D textures were big and required a lot of memory. To fix this partial resident textures are being used. Partial Resident textures are where it chops up an enormous texture into tiny little tiles, and streams only what is needed, saving both RAM and bandwidth.

So powerful you can store textures as big as 3GB in 16MB of RAM(or eSRAM?).

DirectX 11.2 and the X1 chip architecture is built for doing partial resident resources in hardware. Removes the limitations other software implementations had, which held some engines back, such as John Carmack's Rage.

The X1's architecture and data move engines have tile and untile features natively, in hardware.

Both AMD GPUs in PS4 and Xbox One support partial resident textures, but we know for a fact Microsoft added additional dedicated hardware in the X1 architecture to focus on this area beyond AMD's standard implementations. Where Sony did not.

Xbox One does, however, boast superior performance to PS4 in other ways. “Let’s say you are using procedural generation or raytracing via parametric surfaces – that is, using a lot of memory writes and not much texturing or ALU – Xbox One will be likely be faster,” said one developer.
http://www.edge-online.com/news/pow...erences-between-ps4-and-xbox-one-performance/

DirectX11.2 was only recently unveiled earlier this year. No launch games would have been designed for this. Partial resident textures are still a fairly new technique, and just now getting supported in hardware. Voxel cone ray tracing is also a fairly new implementation. And the alternative of using 3D texture along with partially resident textures is even newer, and not many have attempted it. Developers will certainly need time to start messing around with both.

Question is when will we see at leat first and second party Xbox devs utilize this? Its a big thing for consoles and will really change how games are designed nd coded. Polygons will be a thing of yesterday.

I wonder if Quantum Break, Halo 5 and Black Tusks game will utilize the shift. It would change visuals drastically.

Topic has been discussed at length:

But I want to know what Xbox One games will really start to feature the shift over. Since its native to Xbox One hardware.

Thats really what this thread is about.

How about never since both consoles don't have the power to do it. Now can we close this thread already ?

Care to explain that?

Anyway... nothing in your OP is exclusive to Xbone or DirectX. 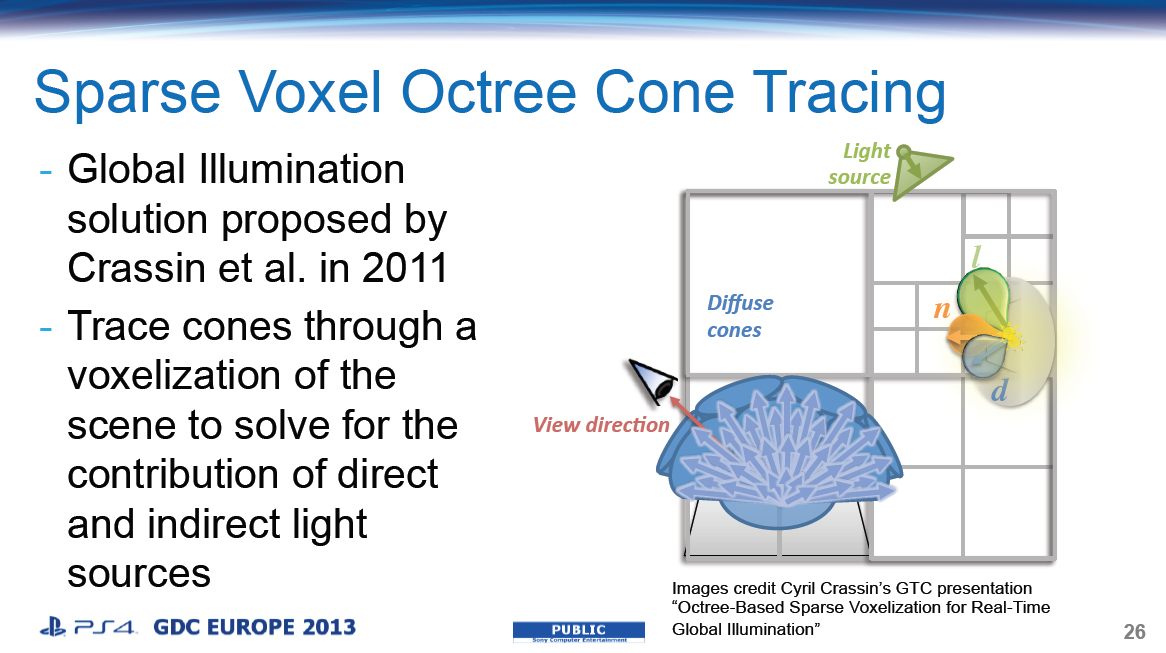 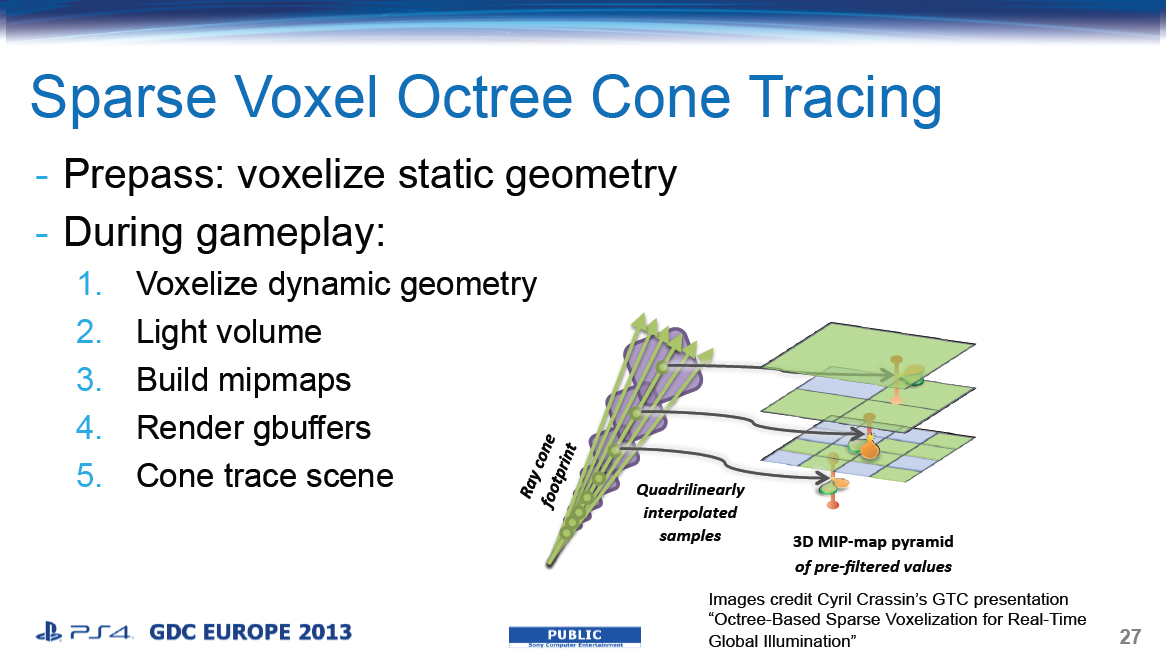 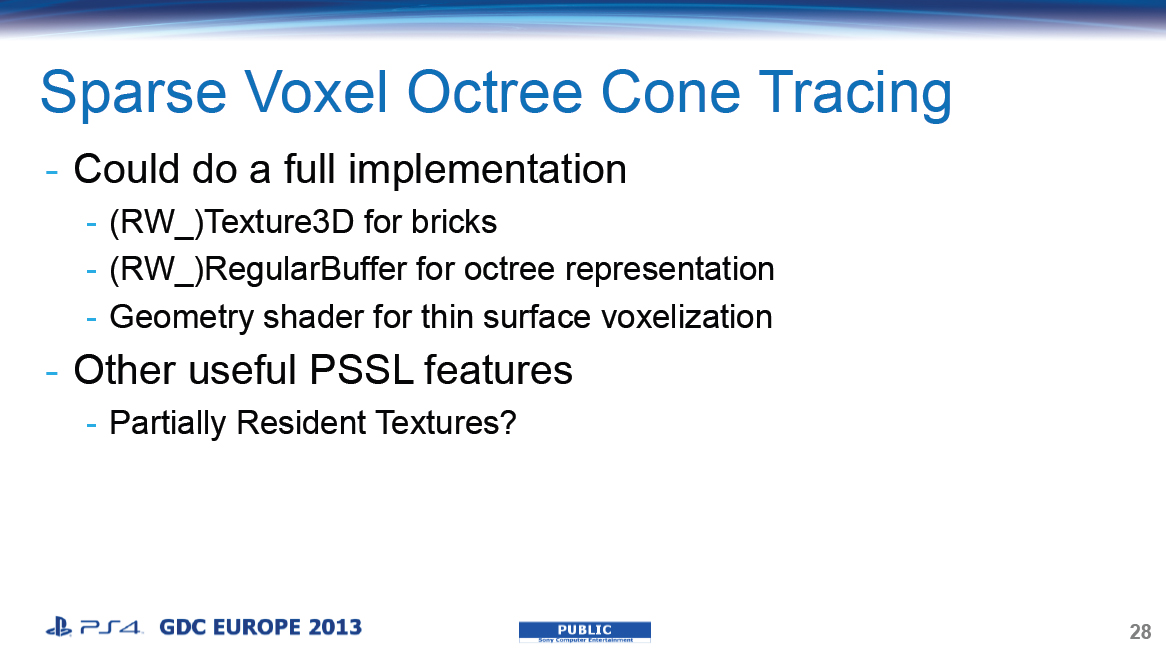 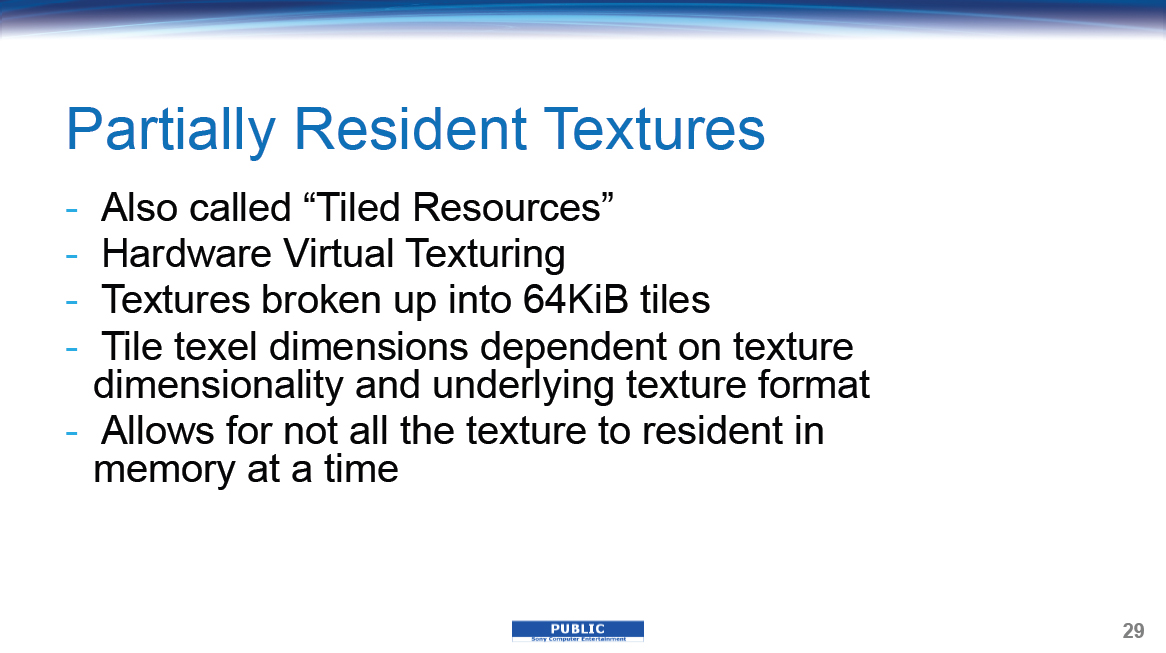 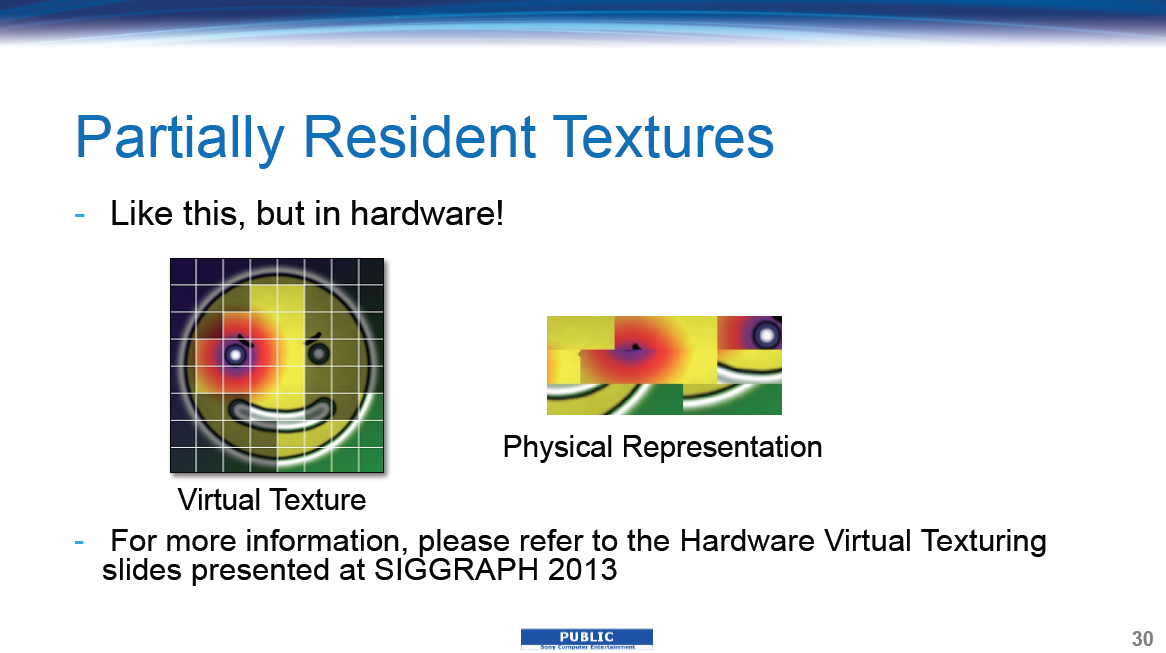 AMD had these features since the first GCN video card.

Ehh if I were you I'd leave him alone since he wouldn't bring up any meaningful evidence to the table while also not being able to explain it himself.

Voxel Cone Ray Tracing is not RayTracing because it didn't process the rays to create the result... it only fake the rays or use some tricks to simulate the rays.

Raytracing in realtime is yet impossible for current PC hardware... you can do pre-render or course... so you can use raytracing in pre-rendered cutsceens for example... not ingame.

Voxel Cone Tracing can be done ingame but I can't see devs using it... too demanding... I think they will prefer to waste resources in others parts.

Its not been implemented on a hardware level before.

The 4 Data move engines on Xbox One GPU can tile and untile natively. This helps the partial resident texturing. Along with DX 11.2 implementation.

If Voxel Cone Ray racing is used on the PS4 it has to be solely software implemented. Unless Sony is hiding something.

Microsoft wen to alot of detail in their Direct X conference this year about this. Developers hve echoed that Xbox One is faster for ray tracing implementation. Granted not full per pixel ray tracing. But Voxel Ray tracing is possile. And yes it is real ray tracing. But a voxel is a cluste of pixels rather than every pixel. So it is less intensive, but still much better than how we do a scene today in say Halo 4 or UNcharted 3.

AMD and Nvidia are currently building PC GPUs that have dedicated co processors for tiling and untiling partial residential texturing. Thats the key.

Octree would be impossile on Xbox One.

I'll ask you one more time, do you even know what the move engines essentially do ?