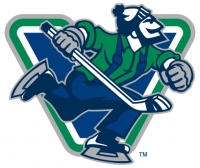 Ha, awesome. Although this would've been the perfect opportunity to use the "What's in the box?" quote.

Hah! I find that the big pressers tend to bring the nuts out of the woodwork. D=

Well enjoy your Xbox One.

I guess not everybody is as passionate and critical of product purchases as I am.

And for who's been here for a while know your tendencies to criticize...

You're a new user. How you know me or my tendencies? You have a confession to make?

Anyway I am not criticizing you at all. Enjoy your Xbox One this holiday.

Thank you. I'm not as new as you think though.

I hope everybody enjoy the system that better fits them.

Another Ex-Xbox supporter here.. This console literally seems to be the embodiment of everything I hate in a console. Was never to fond of Sony's cinema style of games, but at least with PS4 they seem to put games first and foremost, not all the non-gaming and Kinect junk. Looks like after 20 years or so I will finally be going to the Sony camp. Probably won't get their console till 2015 the earliest, gettin Wii U first..

LOL!! I actually liked that gif.

But in all seriousness, you couldn't have been much of a fan if you don't wait for the rumors to settle/E3. Very short-sighted.

You're kidding right? Some of the rumors are yet to actually be confirmed. People from MS have been speaking out but are often corrected, then the person who corrects them often gets corrected or weren't supposed to say anything. The Xbox ONE has been trending on Twitter non-stop so the dust hasn't exactly even cleared from the ONE event and already people are changing their minds? Short-sighted indeed