Forums - Nintendo Discussion - Code of Princess 3DS (An Unbiased Review) A Shiackz Review (it's out on e-shop today!)

Code of Princess “An Unbiased Review” A shiackz review 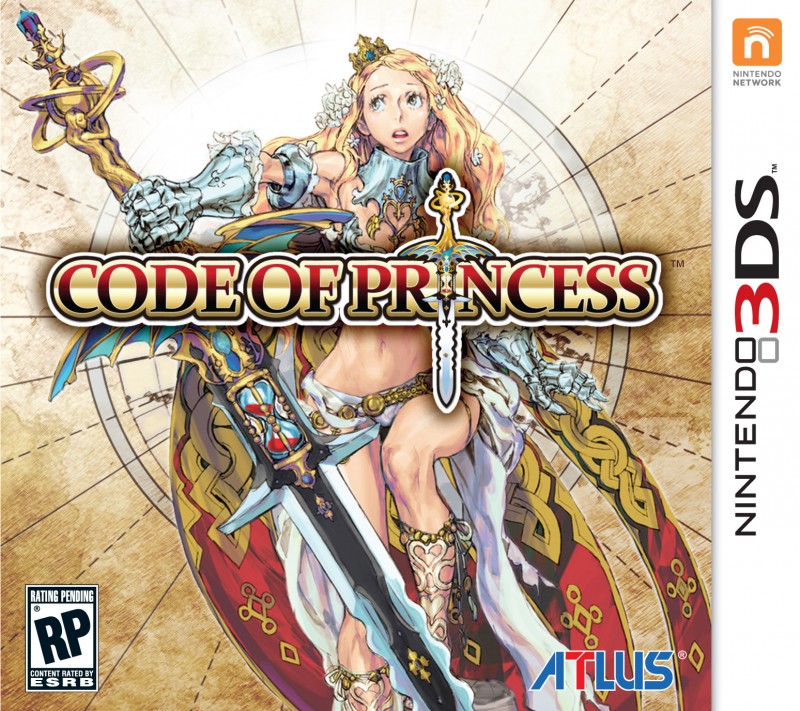 BOXART OF  THE  GAME

In the eve of the Release of Code of Princess for the E –shop (January 3rd) I think is time to give this game a little attention.This game (that some people consider to be the spiritual successor of Guardian Heroes an old beat ‘em up game for Saturn) , is developed by Agatsuma Studios and published here by ATLUS, and as the later is a beat ‘em up /rpg hybrid,with a fantasy setting with that in mind let’s get to it.The controls are pretty straightforward like any other 2D beat’em up , you have two attack types , normal and strong that you can combine with directional inputs ,like half circles ,two times the same direction ,and so fort , you can walk , dash and jump, and something that makes it different is that you move in three “grids” one up in front, middle and way back, this is convenient because you don’t have the usual problems with 2D beat’em ups ,that sometimes you think you are in front of the enemy and don’t connect your hits because you’re not exactly aligned, so that’s a big plus.

solange showing her movesNow the gameplay is not dissimilar to a fighting game , you fight your enemies in groups, that attack all at the same time , they don’t go one on one so you have to check all directions , you can lock one specific enemy to do double damage(useful for bosses or though enemies) and you can also do a burst attack with the R trigger that doubles your attack no matter who you hit (4 times the damage to locked enemies) at first, you can only use the main character Solange that’s a heavy hitter with strong attacks and a gigantic sword, latter on you meet your character partners that you can use to finish the campaing mode, each and every character plays differently , Ali is a nimble thief tha uses her agility, Lady Zozo the necromancer uses magic attacks and spells from a distance, and Allegro the sage ( according to him) uses his electric guitar and recovery magic to attack his foes, it’s a matter of taste and prefence who do you use, there’s only minor differences in the story so it’s really up to you. solange  using burts attack on her enemiesGraphic wise the animations are all well done and full of personality , the enviroments don’t really have much variety(castles ,forests , caves) but they don’t look bad ,the characters are nicely rendered and look great in 3D,a small problem is that sometimes there’s to much going on with all the sprites moving around that the small screen seems crowded, not a problem if you have an XL, but maybe a small gripe (no pun intended) if you have a regular 3Ds.One thing that’s really special, not rare for atlus , it’s the localization, the dialog is funny and the voice acting is quite fitting, each character has their spoken lines delivered with charm and really make Code of Princess a special game , you’ll have fun with the campy and self referring dialog , and makes it feel like a special game one crafted with care , the ,music’s really good made by the same people from the Xenoblade game, specially the shop theme, it’s the catchiest tune ever(link here>>>).   http://www.youtube.com/watch?v=R8_YmRVr-t4

You can choose the equipment you use , to have better stats magic , agility , attack, or to get some effects unblockable attacks, do damage while bursting , and other effects , it affects the gameplay a little bit depending on the character you use. In the unlockables you can use EVERY SINGLE CHARACTER you meet , fight even if it’s for a single moment , this goes from villagers, enemies , bosses to overpowered dragons and demons , you can use them in free play or to fight in multiplayer, it’s fun to try each one and make strategies for them ( I love marco neko just look at my avatar).

The Multiplayer is a nice adition where you can use all the characters you unlocked ,to battle with friends , locally or online ,there’s Ranking mode where you fight for points and advance in the ranks ,get rewards based on you rank but there are some characters that are not allowed here (ubers), there’s Free play in which you can use any character you want without loosing points, and Customized mode where you can use your leveled up character to fight, you can choose to fight from 2 to 4 players , I haven’t played locally ,the online sometimes get’s laggy especial ly , if you play against more than two people, ( I personally have only played with more than one person like two times) it’s hard to find somebody online , but the fights are fun when there’s no lag and they get really competitive.

a  screen from a  co-op missionAs for co-op missions they go from 2 to 4 players with different difficulties depending on the number of players, there are a lot of extra missions to play like this , something that takes away from the experience is that in order to play with friends you have to make a room, and they have to join that room, no inviting them from your friend’s list , this design choice baffles me and makes it troublesome to play with friends.The game is a beat’em up , so it can get repetitive, the missions are short and can be played in short bursts, so it’s perfect to play on the go, if you can overcome some flaws ,and you like a very Japanese gamegive it a shot you can’t go wrong with this one.

Graphics 8/10 The sprite animation is gorgeous but the stages are somewhat simplistic.Gameplay 8/10 The game is easy to play ,and the controls are tight and responsive ,not to deep but fun.Story 8/10 The story doesn’t take itself seriously but the nice voice acting ,and witty dialog make up for it .Multiplayer 6/10 Multiplayer is a nice addition and it adds replay value to this game but poor execution and bad online expierence take away from it .2 D Beat’em up/rpg 8/10 The RPG part is somewhat bland, but the combat is fun and challenging

Overall 7.7/10 The game was localized with care and the final products shows it, there’s fun to be had here if you like beat’ em ups and specially if you can find someone near you to play, it’s a good game that deserves at least a try

nice review! I got to see this game on youtube! Not sure to pick this up!? How much does it cost?

I mostly agree and enjoyed the game slot, though the repetition did get a bit stale after a while. Lucky there are so many characters to play as you can change it up some and keep it somewhat fresh. I'm just happy I got a hard copy . Atkins games can be a pain to find an the included soundtrack is stellar .

Now it's 29 on amazon haven't seen it at retailers, but it'll be available online on january 3rd

Multiplayer is real fun and getting a good  rank Online too i got to rank2 once but lost to egregore the number one online:(

Great review man :) Just added it to the database. Never even heard of this game to be honest O.o

It didn't get ads so it was pretty under the radar, i got it cause i didn't have any rpgs for3ds it's my most played game, and with the new e shop version i can finall kick my bros ass( the game is nowhere to be found at retail)

It's out today check it up!