What will you do with your life now, after this game? I think what you are going through is the same thing I went through when Dreamcast died. I felt empty and lifeless.

Life will eventually wake you up, sorry mate XP
It's a bitch.

It's finally out! How are you liking it so far?

Maybe not a dream, but it still feels kind of unreal.

I'm 30 hours in the game, and only at the beginning of chapter 3. There's so much to do, so much to explore.

The game sure is addictive.

It is surely a very addictive game. It is very hard to put the controller down. I'm loving it.

So, you're not going to tell me anything at all?!

About what? FFXV?
I kind of feel empty at the moment as a gamer. I invested too much emotions anticipating XV, now that it is here I'm not certain that I will manage to remain interested in gaming. Or keep coming here at all. I surely didn't see that coming. Uncertainty is a sad thing.

As for the game itself, It is everything I wanted and hope for. It has a rare thing that most games lack: originality. God, that game is so unique. So far its story has been in the characters and not in the overall plot. I'm taking my time though. No rush. I think you will love the characters too.

Empty in what sense?

Nothing to look forward to so passionately, I guess.

Something always pops up!

I have to agree with your statement that FF XV is unique.

I've never played anything like this game before. There are elements similar to other games, but taken as a whole, it feels very unique and unlike anything else.

If something like FFXV has managed to flourish admist all these years, then the possibility of a game matching its charm is certainly there, it only takes a developer (admittely, with a bit of money, team and time) to want to make a game by the heart.

Just a few days left, no? NOOOOOO. I can go get the game right now man. It is already being sold here. I don't want the American version though in case if I wanted to get future DLC. my psn account is R2.

One day more at the most.

Ugh, I found an AMAZINGLY well-drawn pic of Prompto, Noctis and Gladio...though they're kinda doing a "train". Can I post it? Please? Pleeeeeease? :D

Sure, why not xD

Wouldn't want you too scandalized because Noctis mouth is very close to Prompto's...

Yeah. I expected as much, hah.

Xen posted something on VXIII's wall:

Been a while. I like your new avatar more than the old one (and the only old one I remember is noctis anyway =P )

I guess you're all ready for FFXV? :D

And thank you. The lore of the Abyss Watches left a strong impression on me. And I'm still playing DS3 on a daily basis. That avatar is still too meaningful to be changed.

Haha. I knew this was related to Dark Souls (even without playing the game - soon PS4 pro and game!).

Been a while, my friend! Hope you're doing good!

Thank you, mate. All is good. I'm glad to see you still active.

Too fabulous to be left bald. ;)

Is not a DB admin, also not a Mod.

What's up with the tags then? O_o

No idea. I have been stuck with that admin tag since 3 or 4 years ago. It seems to be irremovable.

They removed it from me! (but I really did disappear, on purpose because the new DB site, I disliked) :P Also was going to congratulate you on Mod Status.

Yup, I hated Gamewise too back then but I kept going for a while. that is probably why I still the the tag.

No no no no, take resposibility for dem tags!

You should rename yourself XV

Having VXIII as a nickname tells even more of a story. I like it better that way ^^

You, however, should rename yourself Chocobo.

No he should rename himself SquareEnixBoy.

Nah. I'm not looking forward to any of their games other than XV. Not even excited for KH3 or VII remake.

Unless if Hynad meant BasilZero not me, which I kinda agree with.. :p

He has, like, two hundred thousand Final Fantasy/Square-Enix games of every versions ever released. =P

You damn right I do!

The FF sales comparisons you are posting in COMG may lead to my demise before XV releases LOL!! Anyway Gamescom should bring masses of info. Tempted to go on a blackout but know I won't be able to!

So true, Very disappointed in its performance in Japan. I expected a decline but not like this. I still believe it is going to outsell XIII worldwide.
I'm not really looking forward to any new info. But I do think that they should focus more on the story and character aspects. Too much focus on the gameplay already.

I think it will easily outsell it as the game will appeal more to players of today anyway. It is so ambitious...people will gravitate towards it, especially in the West. I think XV will have a long marathon type sales run, rather than XIII's more volcanic eruption & then a lull style sales run.

My only concern now is with the delay it comes at a time when everyone has spent their holiday money :/

Only 2 months to go!!!! Kingslaive looks amazing. I don't see any UK cinemas listed though :( .

Hooray!!! Yep it is looking good. I wan never going to get a chance to watch it in a cinema anyways. My huge TV and home theater system would do xD

Yeah to be fair I'm probably gonna end up watchin it digital anyway! Do you have any chance of getting 'A King's Tale'? the pre-order exclusive 2d game some retailers are getting?

I don't think so. I hope it is going to be sold separately so I can get to play it. looks like tons of fun ^^

Thx for accepting my friend request! I take it you are a Versus fan?

My pleasure And thank you for requesting.
Yes I was and still a passionate fan. It hits my specific taste almost entirely ^^

My brother was in love with Versus. I still remember him getting excited for every new trailer. Although i must say that XV doesn't look like Versus anymore.

Well, It is a different project for a different generation of consoles. Although it has a different aspects about it I still see all the main things that got me excited in the first place are still intact. It surly has been a long time of anticipation, I can't wait to get this over with ^^ Best one for last, as always. You have no idea how much I love the rain. So that last one is indeed the best :D

I think I do. Or at least we've talked about the rain once already. 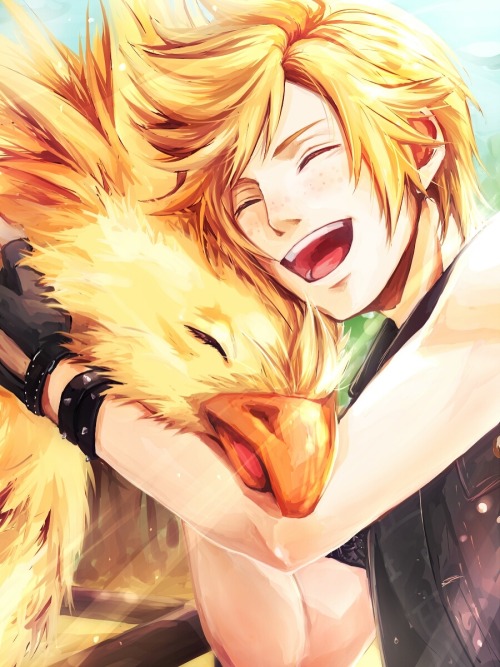 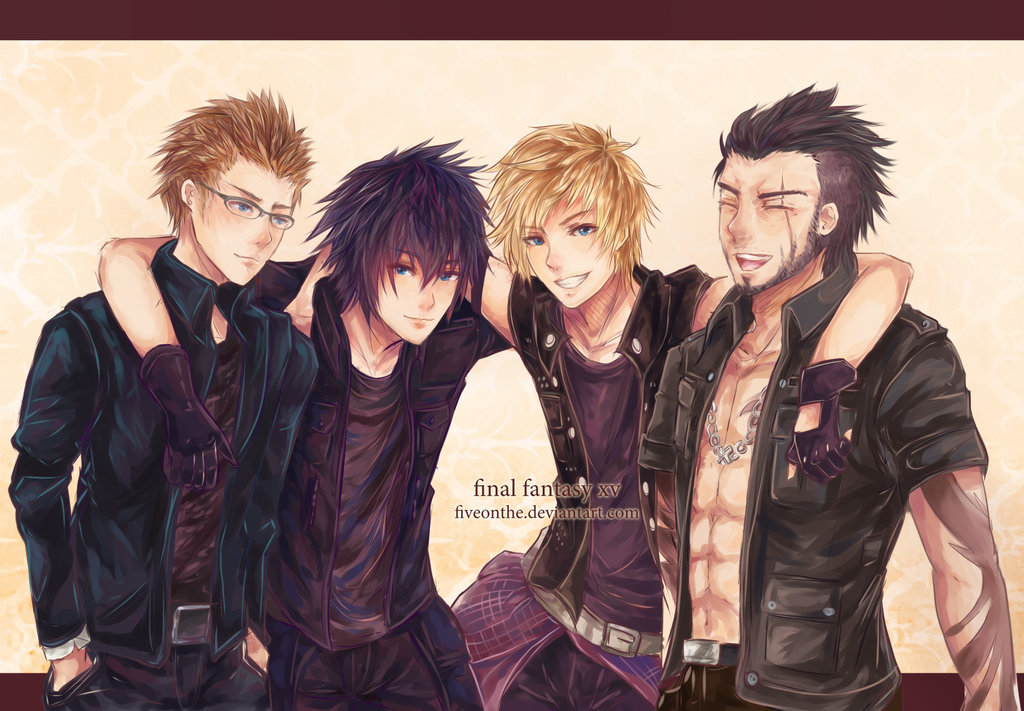 Best one for last: Funny extra one I found by accident: Thought about adding some Noctis x Prompto images I also found while browsing. They're pretty tame. But you probably wouldn't like them regardless.

I wonder why the heck some images broke in the process. Makes zero sense considering they're all from the same source.

Indeed :p
The mobile market has been proven to be useless for me. I didn't enjoy a single game on my phone. I give up.

Hey, at least our friend BasilZero is having fun with Final Fantasy collection on his smartphone. xP

Dayum Sony... I thought this game is digital only.

So did I. Still not very interested in it to be honest.

There's something wrong on Uncharted 4 Metacritic, the score went down to 93 three days ago, and i found someone scored 40/100, but apparently, i don't see score.

Clear the cache and cookies of the browser and try again.

Still no score, even i disabled adblock & moved to chrome in WP. :S

And someone complain about it, because it's being counted to meta with no score.