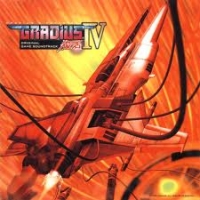 This is not the sales Vic_viper I think. There are multiple ones.

Yeah. Our viper has thousands of posts and is on n4g now.

i keep forgetting they are different. unless he has two accounts and does not want that one locked.

noname2200 posted something on vic_viper's wall:

When are you coming back?

... Wow! Did you erase some comments?

Man, I hope so. I've been waiting for that game to drop for too long now.

Why do you want to leave, have left, or are thinking about leaving this site?- This thread has helped fix the database, you can all thank our one and only game admin now!

I've been more or less done with this site for awhile now. I'll pop in on occasion to see how badly things have deteriorated, it's obvious that the old guard that made this site enjoyable back in the Nintendomination days has long since left for greener pastures. Couple this with consistently inaccurate sales data, crummy forum discussions, abrasive and insufferable shills like Kowenicki and his...

Thanks for that brilliantly insightful response Kain Kusanagi. I imagine in a past life you must have been a parrot. Anyway, looking at the sales data for the PS3/360/Wii gen, the majority of bestsellers in the top 20 globally where *wait for it* Japanese. But let me guess, Nintendo doesn't count, right? Also the highest rated as well, that's gotta hurt some of you jingoistic types. I will say...

Why Is neogaf Not Banned From VGChartz?

Gaf is great. Lots of people that are actually in the industry and know what they're talking about. Godhand and Platinum fans, lots of great pointers on retro and Japanese gaming. This forum was pretty cool years ago, now it's just chock full of pleb gamers and nsfw threads and Halo/God of War fans. This place is a running gag on N4g, Gaf, 4chan, pretty much any major gaming site and not just...

Favourite Books: 1984, Brave New World, Farenheit 451, Zero, The Inshore Squadron, To Glory We Steer, All quiet on the Western Front, Dune, Starship Troopers, Fear and loathing in Las Vegas, various books on World War 2 (the Pacific theater in particular) books on the American Civil War, physics books, mythology, history, various medical books and journals on diseases and such (there's alot of shit that can kill ya :/) quantum physics and stuff on the universe.

vic_viper has 16 friends (view all)