God Of VGC 10,000 posts on the gamrConnect forums.

Just looked at my badges and ... is there really a badge for not getting banned xD

You know ResetEra is getting insane in their waiting for a Nintendo Direct when the discussion turns into a pineapple pizza fest ...

The final round is here: http://gamrconnect.vgchartz.com/thread.php?id=239268

I finally finished the penultimate of the Mother series ! Mother 3 !! ... then I cried after beating the final boss ...

Oops, I got my definition wrong here :D I mean the last of the Mother series.

Ah, okay, kind of assumed so : P . So have you played all of them? How would you rank them?

No, but I'll have my aim for Earthbound next, now can't say I didn't played Mother 1 before while I was younger but I remember the first boss being the most unfair sh*t I've ever fought in a game back then, which made me quit instantly.

The person who did this is a genius xD Thanks !

Restarting a Xenoblade X playthrough (which I didn't finish my first,lol) ! Right before StarFox : Battle for Atlas releases tomorrow ...

If I become sour in the next few days ... it's probably because of Xeno 2 Torna's ending ...

Time to go back to StarFox avi's !

Your space racoon is just as nice :3

In this day and age, he is. And he seems a little disappointed with how not nice the world is at the moment.

Really though, where is that art from?

Admitting it, I find most of the stuff on Twitter. But it's because I follow some Kirby centric artists which might lead me to other stuff (Like this picture). But I could honestly not tell you who did this picture in the first place. Somestimes I'm jut like "Hey, that's neat !" and I end up saving it into my folders.

Moren posted something on Mar1217's wall:

Maybe you can tell, but Mother 3 is one of my all time favorites.

One of Nintendo's biggest masterpieces.

Also I gotts continue where I left off. I'm on Chapter 4. If it ends up going where I think it is, it might easily do my Top 5 of all time.

There's a pretty neat analysis essay of the game online. Once you have finished the game, let me know so I can link it to you.

Did you finish the game?

Not yet. Xeno 2 Torna is getting my playtime right now. Though I've finished Chapter 4 since last time and oh boy ... the attic was something !

Any idea where you got your avatar from?

I got it from a Kirby artist on twitter. I really love his style so I tend to choose my avy from his work :3

Oh yeah ! 22 years old today ! Which means that I'm actually 1 day older in comparaison of yesterday when I was 21 ...

Happy Beer Day! Would have been fun to battle you in MTA on this occasion, but still gonna be a rain check for me XD.

Yes, we gotta settle something for this week-end !

Who did it better?

Now if only we could get a crossover of this scene. Look at how the shoot angle makes it look like they're at the opposite side of the bathub ( ͡° ͜ʖ ͡°)

Moren posted something on Mar1217's wall:

I was going to eat something first ... sorry. Probably if you still there in a hour, then yeah !

Oh ok. I just said it cause I saw you online. (damn primitive Nintendo online)

Ready ? Do you wanna make a room or let me first ? Also, I've been playing almost exclusively Simple Class mode so it'll be rough on my side :P

Wait I have to put my bike into the garage :P

Done. Now we can go back to the slaugther :P

Boy that was intense.
I need to stop letting myself be open to lobs.

Godammit. Twice in the same manner.

Hmh. Okay, I need to really polish my non-energy tennis skills. That was fun!

Sunstrider posted something on Mar1217's wall:

Say, did you buy MTA yet? How's the online with friends?

but of course ! I still didn't test out though ... but yeah, we really need to make that match !

Okay2x, I'll get mine in three days, funds depleted since I got the Pro X-D. 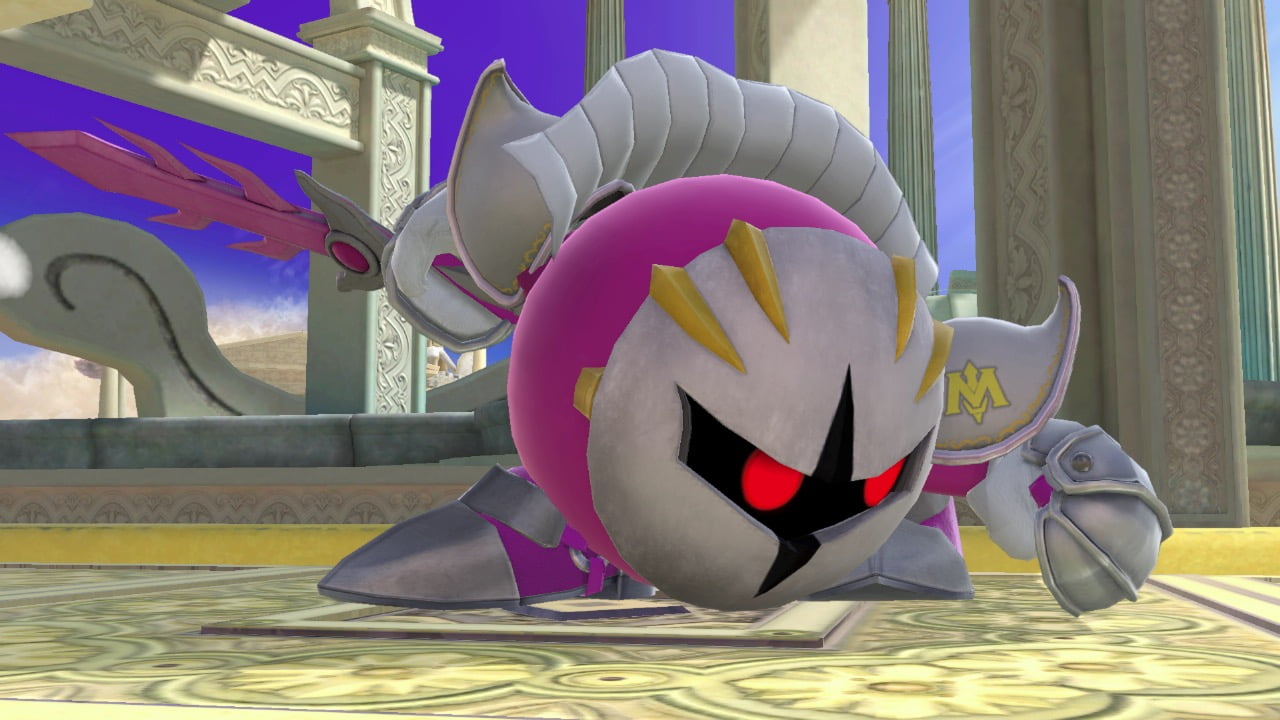 Do you know where you found this ? "Komashida" should have been replaced by Marx, by the way :P

Good, thanks ! Seems like who did this will try to make an AU out of it.

Time for some parody !

We're not friends yet? That ain't right.

And yeah ... I muffled my prediction for Golden Week,lol.

Oh, it's that prediction league stuff. I haven't bothered with it so far.

When you get "stolen" by someone's else bet on Ebay for a game you've been wanting to buy ... DAMMIT !

Did you get it?

No. But you just remind me that I should try again and find another legit copy of the game, thanks !

Did you get it?

Yep. But it's gonna wait in my backlog until I' finished with PSMD and Xenoblade 2 first :P