It runs pretty well on my laptop, loading times are atrocious though from HDD. It's loading now in the background. HDD is fast enough for streaming the terrain, I only got a streaming warning once. I suspect Windows is using the rest of my 32GB ram to cache terrain files (The game itself only uses 9GB RAM) However pop up or rather terrain morphing is pretty noticeable.

Horizon festival is as annoying as always, and add in the mandatory introduction to get through before you can go. Visuals are great, although most of the time my eyes are focused on the mini map to see where to go, the big disadvantage of open world racing.

Handling feels rather dead and floaty. It doesn't seem to matter much what you hit (you can drive through trees) or whether your wheels are on the road, curb, or next to the road. I've only driven the Corvette Stingray so far (besides the mandatory car switches for the story) which works for everything.

Just driving around is the most fun so far. Eyes on the road, just drive. The game keeps spawning in cars to overtake, never alone on the road. (Bit silly to see race cars on dirt roads) It's certainly a looker with great variety in the landscape. First thing I did when the game allowed me to take off was drive a lap around the map. Lots to see!

Too many progressions systems overload at the start. Same as FH4. It's hard so far to find actual races, so much fluff. It seems I need to do the fluff to gather accolade points to unlock story chapters, which unlock more races. Although I seem to be stuck? atm.

It says I need to choose the next chapter but I can't figure out how. Maybe it will show up when I clear the other icons. 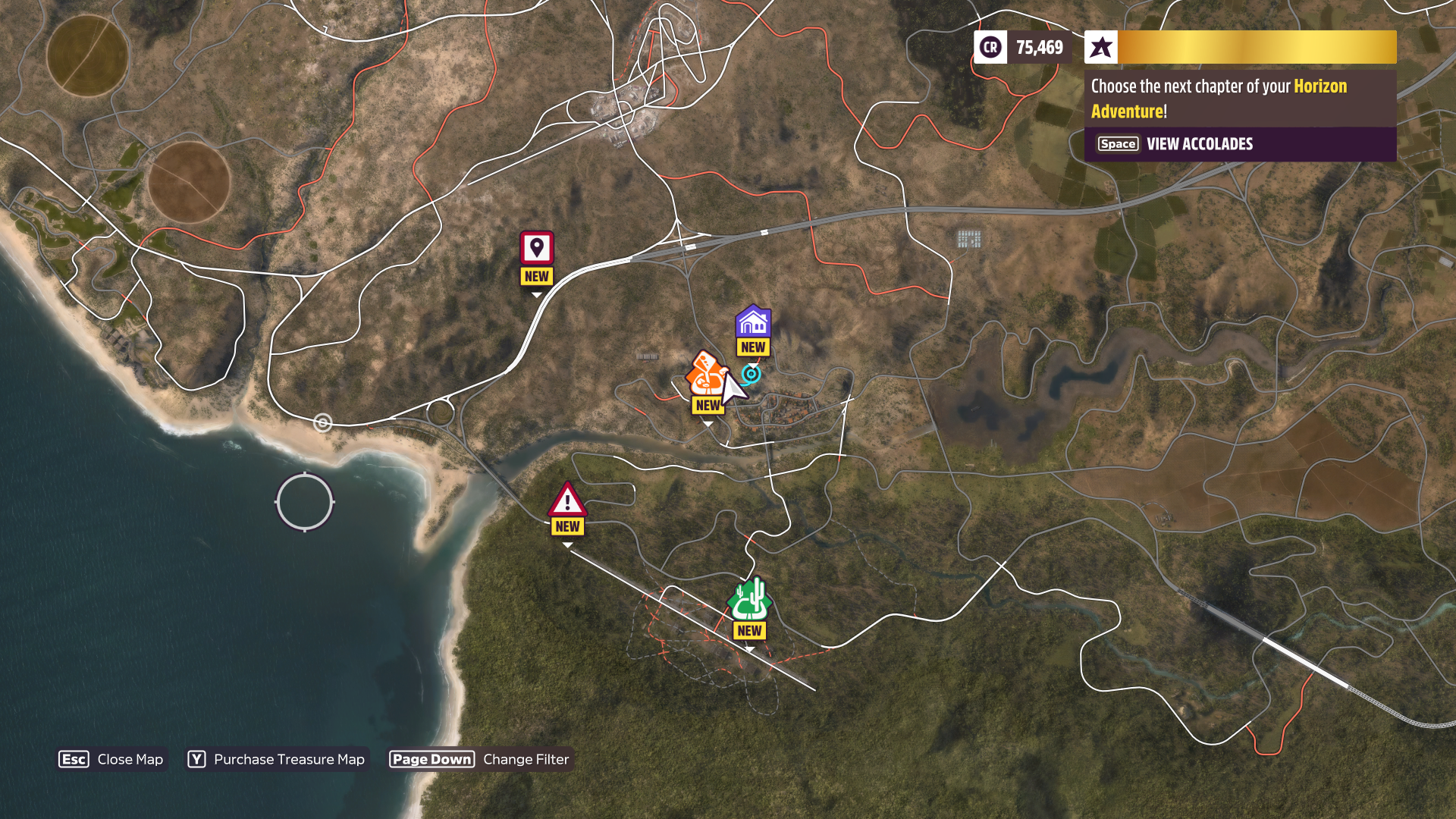 Ah, stupid me, just follow the gps line of course. I had to 'buy' a house to proceed. Overthinking it as usual. 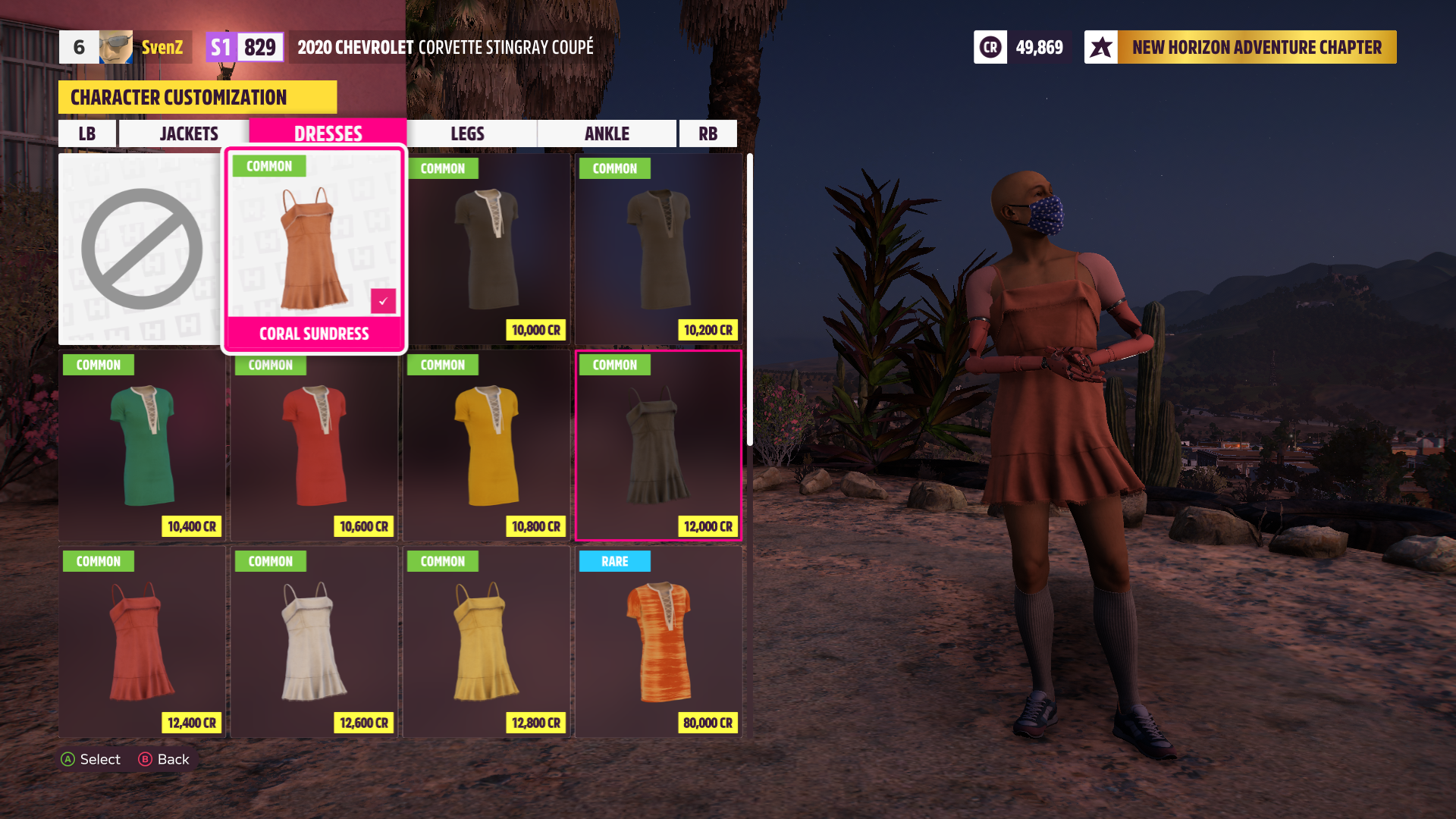