Jaystwocents did some initial testing with Evga 3090 + New World. Now this is after a patch that amazon released that capped the menu to 60.

While the card didn't break... There were some wtf things.

Firstly at 57% core utilization, it was drawing nearly 100% power. And the more weird thing is that they capped the power limiter at 107% but the actual power draw % was at around 120%...

They tested with an MSI card and that stayed within the power limits so it's certainly an Evga thing in their testing. It was also making some weird noises but the card ended up not dying so maybe whatever the problem the game had got fixed? He did talk to Evga customer service for those that are broken and they are already getting replacements so they don't have to wait long to get replacements. He also said people have been contacting him with other cards having issues with this game: 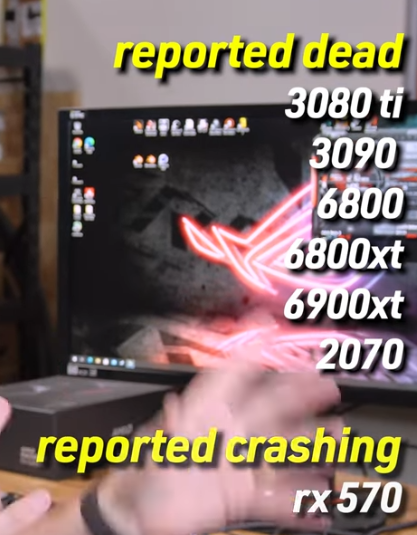 Idk how legit that is but FTW3 3090 is certainly the most popular.