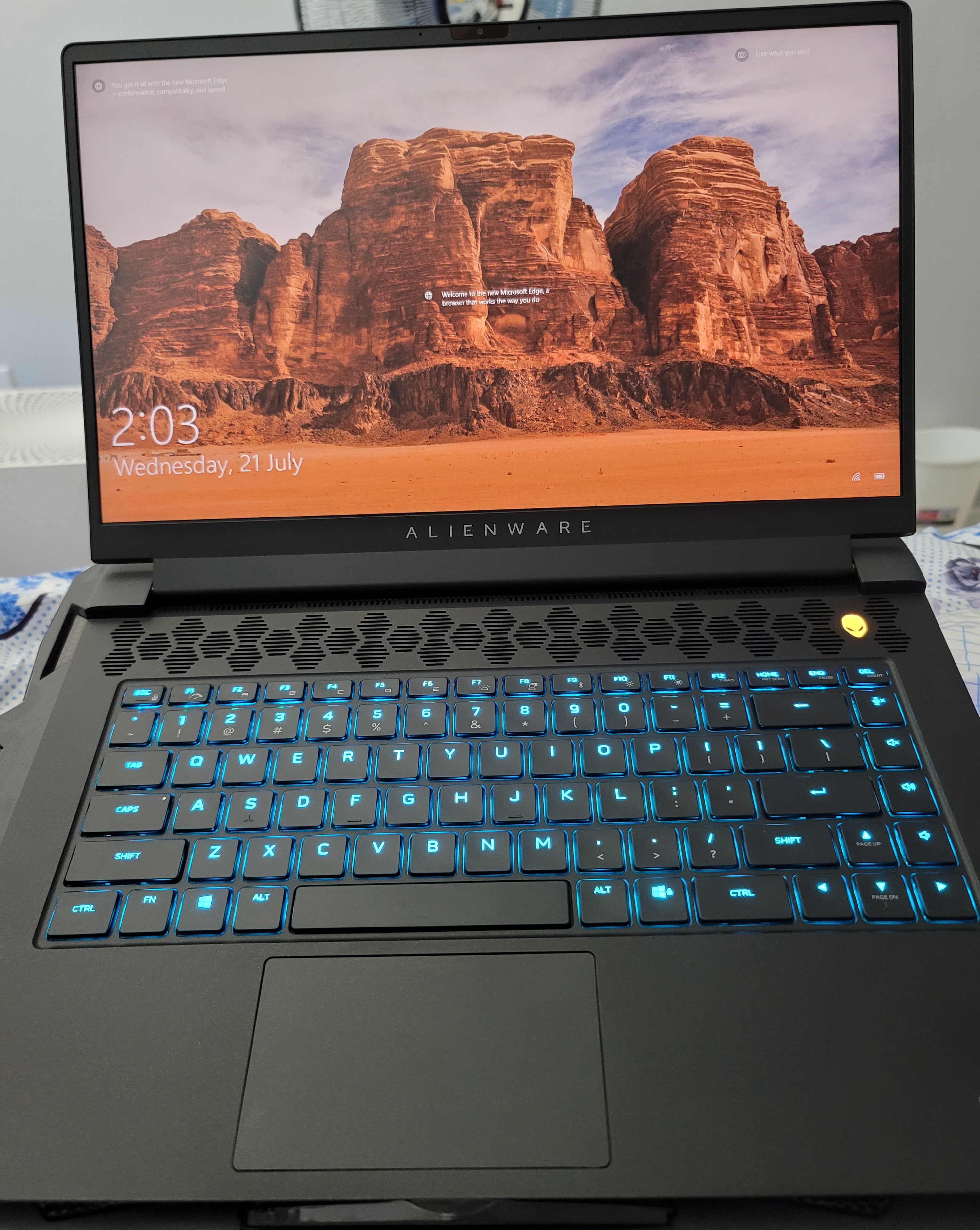 The keyboard has a mechanical blue switch per key RGB but man. I tried typing on it and it feels ridiculously good. The screen also has no backlight bleed and gets super bright. It's very comparable to my XPS 17 which has a 500 nit display. I'd say it's a bit dimmer but a lot more bright than the old Asus gaming laptop which has 300 nits. So it's probably around 400sh if I had to guess. The speakers are mehish. I did update all the software/BIOS and got rid of most of the bloat. The new BIOS update enabled the MUX switch which this panel isn't supposed to have. Least it wasn't advertised on the website so it should put it in line with other 3070s. I did check the cuda cores and it does have the full amount. The noise when gaming in balance mode is good. I did buy her a laptop stand so she doesn't use it on her bed.

The build overall is solid. The Asus laptops I usually get are mostly plastic except the lid where as this is mostly metal. I am asically fangirling because I always wanted to get an Alienware and now we have one even though it's for my sister. I think my next dedicated gaming laptop might be Alienware but I might delay it until Lovelace/RDNA 3.