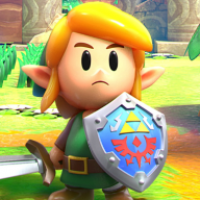 I think it would be great if Microsoft kept Bethesda exclusive to Xbox. It would boost console sales for Microsoft and it would force Sony to bring their A game with their own exclusives. It would be like ps3 vs 360 all over again where we were missing out if we didn't own both consoles. Only thing is that Microsoft doesn't seem that interested in winning a console war. They are looking at a much bigger picture. A future where the whole connected world will be playing Gamepass in the cloud.