By interactive I mean more evolving changing worlds instead of static worlds. The more you can move around, destroy, build in worlds, the more you need to remember, either in RAM of by committing it to disk. The SSD augments RAM, less needs to be kept in memory since it's much faster to retrieve it.

More interactive worlds were also held back by baked lighting. The advance of ray tracing and dynamic lighting removes that obstacle (that any changes won't effect the lighting correctly) while the SSD allows all changes to be stored and retrieved from disc, up to 1000x faster than from HDD when it comes to random read write access.


People get excited about 10x the tflops compared to last gen. But somehow fail to see what implications up to 1000x the I/O speed can have.
This is the difference between SSD and HDD on my laptop

Next gen console SSDs will be even faster, up to 5 GB/s (with hw compression) for Series X and 9 GB/s for ps5.
HDDs are even slower this gen (games designed for standard 5400 rpm drives)

So for example now we have a car that can go 900 mph, but you have to design your game around pedestrians that can't run faster than 8 mph.


Scaling only goes so far. Yep Minecraft was actually possible on the 3DS, well only the new 3DS that is and with severe limits
Although the height limit is only 128 blocks, worlds can be larger than the Small world type from Legacy Console Edition. There is a mob cap that is much stricter than Legacy Console Edition, where a maximum of 24 enemies, 24 animals, 16 squid, and 16 villagers can exist at one time.
Can you still call that the same game as the PC version where you can build stuff like this 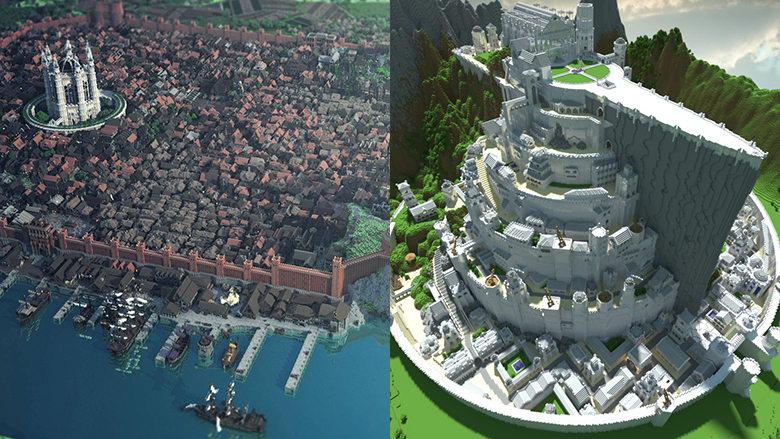 Building games have long been limited by ram and storage speed.

Interactivity depends on hardware capabilities. CPU/GPU for physics, RAM and storage for amount of changes that can be made/stored, input methods for how to manipulate the environment (especially in VR). All will be better next gen, yet storage I/O will be magnitudes better next gen. Supporting HDDs will hold new ideas back.